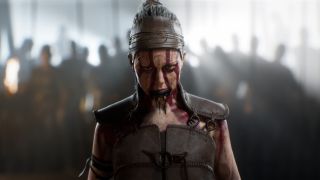 The first Senua's Saga: Hellblade II trailer made its surprise debut at The Game Awards back in December 2019 alongside the reveal of the Xbox Series X. It’s unclear which direction Ninja Theory will go with Hellblade II, but we’re more than excited to see Senua back in action.

What was most exciting about the reveal, apart from Hellblade II’s existence, were the game's incredible visuals, which were all presented within the game’s engine. Even after the previous Xbox Series X games event, Hellblade II is the most next-gen-looking game under Xbox’s belt.

Here’s everything we know so far about Senua's Saga: Hellblade II.

There’s no official release date for Senua's Saga: Hellblade II, and while we’d love for it to launch around the same time as the Xbox Series X, we don’t think it’ll show up this year or even early next year.

This past Xbox Series X games showcase didn’t talk about the release date of the game, but rather, a release date of the second developer diary. Given that Hellblade II seems to be in heavy development, I predict the earliest we might see it launch is in late 2021.

Xbox has previously stated that gamers won’t have to upgrade to new hardware for two years at least, as all games within that timeframe will be available on Xbox One and Xbox Series X. And since Senua's Saga: Hellblade II is launching on Xbox One, Xbox Series X and PC, that might give us an idea of its release window.

Unfortunately, we haven’t seen any juicy gameplay clips of Senua's Saga: Hellblade II, but we imagine that it’s going to be a similar third-person action experience as Hellblade: Senua’s Sacrifice.

Ideally, we’ll see some gameplay improvements, such as adding more complexity to attack combos and making combat generally more intense with a variety of new enemies. In the trailer, we saw a big ol’ beastie that was disguised as a rock, so we’re more than likely going to fight some giant monsters.

It’s entirely possible that Senua's Saga: Hellblade II may be an open-world game, given that the plot revolves around Senua taking a journey across Iceland, but Ninja Theory might want it to be more linear for narrative purposes, similar to the first game.

The sequel to Hellblade will once again take place in 9th Century Iceland, and a recent developer diary (a part of Ninja Theory’s Dreadnought Diaries series) revealed that Senua would seemingly make her way hundreds of miles across the country.

In the aforementioned diary, Ninja Theory talked in-depth about visiting a number of locations in Iceland and attempting to recreate those locations as authentically as possible within Senua's Saga: Hellblade II.

The first game was about Senua accepting loss and coming to terms with her demons. We imagine that the second game will be about her continuing to deal with her psychosis, which would take us to a bunch of Norse mythological settings.

It’s entirely possible that the story of Senua's Saga: Hellblade II will be about the titular character getting vengeance on the Norsemen who killed Dillion. That’s my theory at least, since Senua was looking pretty bloodthirsty in that trailer.

Considering how good Senua's Saga: Hellblade II looks, it’s probably going to take one of the best gaming laptops to run well. However, if we look at what the original Hellblade: Senua's Sacrifice requirements were, we’ll get an idea of the components that you’ll likely need.