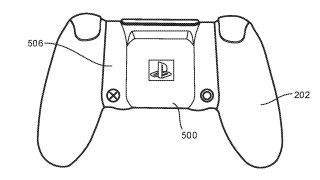 PS5 controllers might be outfitted with wireless charging similar to popular smartphones if a Sony patent comes to fruition, which knock out the Xbox Series X's controllers.

This seems to be an adapter, so it's possible it won't be included alongside the DualShock 5 controller but, rather, sold separately. Regardless, this idea kicks the Xbox Series X's butt in terms of what its controller offers.

It's also a massive upgrade from having to plug and unplug your charger into your DualShock controller because it dies after a few hours of playtime. Now, you can simply put your controller down on a wireless charging pad and it'll do all the work for you.

Top that off with the additional "game control keys" detailed in the patent, which are similar to an add-on you can get for your PS4 controller called DualShock 4 Back Button Attachment. The attachment gives you two programmable, albeit, clunky back buttons.

The only thing Xbox offers that's similar is the Xbox One Elite Controller Series 2, which comes with four back buttons that are completely programmable. However, you have to drop a meaty $180 and win the lottery to get a fully-functioning unit (it took me three tries).

We're excited to see what else is Sony going to come up with for the PS5, and if this wireless charging adapter will even come into being (I hope so).