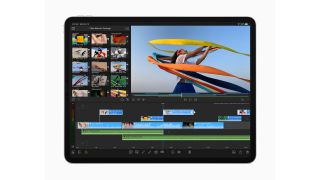 Apple unveiled its updated iPad Pro 2020 this week with both 11-inch and 12.9-inch models serving as laptop replacements for some users. But before you click that buy button, you may want to consider that another iPad Pro with a miniLED display could still be coming this year, according to a report from Digitimes (via MacRumors).

This reaffirms an earlier rumor from reliable Apple analyst Ming-Chi Kuo, who claims Apple is planning to release a half dozen new devices with miniLED displays by year's end, including a 12.9-inch iPad Pro.

That would be a tight turnaround for an iPad update, but coupled with the rumor that a 5G iPad Pro is coming by the end of the year, you can see how there are enough changes for Apple to justify a refresh in time for the holidays.

It's worth noting that the 11-inch iPad Pro has not been referenced in any of the rumors regarding a miniLED display this year. If the smaller iPad Pro is more your size, it will probably be another year until that model gets the new screen tech.

As a reminder, the miniLED tech is not the same as microLED. Instead, it is simply a new backlighting tech that enables improved black levels, contrast ratios and increased brightness.

With the new A12Z chip, LiDAR sensors, dual-camera array and improved microphones, the iPad Pros released this week are already a significant upgrade, but you'll pay $1,000 or more for most configurations, so it's understandable that you'd want something a bit more futureproof.