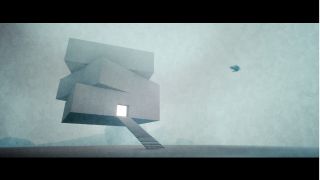 Media Molecule announced during a DreamsCom showcase a new update coming to Dreams on July 22 that will allow players to not only create in VR, but play in VR.

You'll be able to download this as a free update and it will include tutorials, how-tos, and kits to get you started. Dreams' All Aboard VR introduction will give you a crash course in how to traverse Dreams both as a player and creator.

Abbie Heppe, Communications Manager at Media Molecule, broke down what to expect out of the PS VR update in a PlayStation Blog.

The most interesting thing mentioned is that you don't actually need to be in VR to create PS VR levels. To top it off, Dreams is also introducing new gadgets to Create Mode as well as a "full slate" of accessibility features, including comfort mode, vignette strength, static sky, and more.

As per usual, Media Molecule created its own PS VR levels to inspire creators on how they can make their own. "From games such as Box Blaster, which sees you testing your sharp-shooting skills, to our Inside the Box Gallery which features sculpts and art pieces from different members of the team, including an ultra-fabulous mech," Heppe explained

The community will be able to label levels as VR playable or not, and UGC content in Dreams will now ask for a comfort rating from players. If you're curious about what the Dreams roadmap looks like, Media Molecule kindly put together a neat Trello board of the goings-on inside the development.

Those of you who are begging for multiplayer, don't worry, it's on "The Future" list, so we'll get it eventually, my fellow Dreamers.