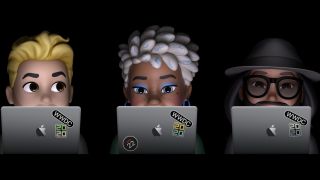 Apple’s Worldwide Developers Conference (WWDC) kicks off on Monday, June 22, and like every other event these days, it will be held entirely online. This is going to be quite the change of pace for the roughly 6,000 developers who are typically in attendance and the Apple employees that help make the on-site event worth the $1,599 ticket price. But for casual observers interested in hearing about the latest from Apple, the most notable change will be the lack of a crowd at the keynote that kicks off the five-day event.

As a virtual event, this is going to be the largest WWDC ever, with all of the 23 million registered Apple developers able to view the entirety of the conference for free. And from an announcement standpoint, this is shaping up to be one of the biggest WWDC’s in years with some rumored hardware announcements, the potential announcement of ARM-based MacBook plans, and, of course, plenty of news regarding the OS updates coming this fall.

We’re going to take a look at how to watch WWDC and all of the announcements expected over the course of the week.

Apple finally revealed the full schedule of events earlier this week and that all-important Special Event Keynote will be starting on June 22 at10 a.m. PDT/1 p.m. EDT and will be live-streamed from Apple Park. As always, this is open for anyone to watch and you will be able to tune in from Apple’s website, the Apple Developer app, the Apple TV app, or YouTube.

Next up is the Platforms State of the Union, which will start at 2 p.m. PDT/5 p.m. EDT and will cover what’s coming to each of Apple’s platforms. This event and the rest of the streamed engineering sessions are all limited to registered Apple developers who have paid a $99 annual fee. We’ll bring you any exciting news that comes out of these events as well.

Actual hardware announcements are relatively rare at WWDC, as it is a developers event after all, but rumors have suggested that we may actually get at least one new device out of Apple at this year’s conference.

Reliable Apple leaker Sonny Dickson indicated that a redesigned iMac would be arriving at WWDC. His quick rundown of what to expect reads like an iMac wishlist, including a dramatic reduction in bezels, an overall design revamp to more closely match the current iPad Pros, the addition of the T2 chip, new AMD Navi GPU options, and the death of the fusion drive.

Whether this will include both the larger iMac and the rumored new 23-inch iMac is still unknown, but a revision has been a long time coming for the iMac, which has gone basically untouched over the last decade.

There are a handful of other devices that are known to be in the works, so they could potentially show up at the event, but we don’t have concrete rumors.

Possible devices shown at WWDC include the Tile-like tracking product that Apple will call “AirTags” according to evidence found in iOS, an updated Apple TV that could bring a newer A12 processor, HDMI 2.1 and perhaps increased storage, and lastly, we could see the Apple AirPods Studio headphones.

While all of these are certainly possibilities, they are also all devices that feel much more likely to be a part of Apple’s traditional fall event, which is expressly consumer-focused. The new Apple TV would perhaps be the most likely of these as an A12 chip variant could make some new experiences possible for that hardware.

While Apple won’t necessarily show off the actual hardware, which is rumored to be a revised 12-inch MacBook, this could be the moment for Apple to officially reveal its plans to release ARM-based macOS devices in the future.

We expect ARM-based MacBooks to start shipping sometime in the first half of 2021. Apple analyst Ming-Chi Kuo has said it will arrive anywhere between February and August of 2021. If it's not the 12-inch MacBook, the MacBook Pro could be the first laptop with ARM-based CPUs.

If that timeline is correct, then this is certainly going to be the time for Apple to ensure that developers get their apps ready for the transition, so the company will have a robust App Store available as part of the story when it is ready to launch the new laptop next year. It’s possible Apple will also have a developer kit of some sort that will differ from an actual consumer product.

While it isn’t the nightmare that was Windows RT, last year’s Surface Pro X was an app compatibility headache for prospective owners. Apple will not want to repeat with its own transition to ARM.

The real question is how Apple chooses to frame the new ARM-based MacBooks as we are still years away from a full transition away from Intel, so Apple isn’t going to want to hurt the sales of its current lineup.

Other than the potential for ARM-based support, what else is coming to macOS this fall? In keeping with that theme, one change that should be coming is the introduction of more Catalyst apps from Apple to guide the way for iOS to macOS development. The most notable of these would be Messages bringing all of the updates that iOS and iPad OS users have enjoyed in the past few years to the Mac.

That's basically it as far as solid rumors regarding what we might see around macOS 10.16, and that alone could be evidence that the ARM-based transition will be announced.

There are definitely rumors of some new features coming to iOS 14, but according to a Bloomberg report this month, Apple is focusing on delivering improved performance and stability to this year’s update after there were considerable complaints regarding the iOS 13 update.

iOS users will appreciate this in day-to-day use, but it doesn’t make for interesting highlights, so let’s dig into the features that are rumored to be coming to iOS 14.

One significant new addition uncovered in iOS 14 code that was leaked to 9to5Mac is the ability to view and sort all of your apps in a list view rather than having to swipe through your homescreens. Some of the sorting options that were identified include viewing apps with unread notifications, sorting by most recently used apps, and smart suggestions powered by Siri that would be based on your usage habits and the time of day or location.

The other big change for the homescreen might be the addition of fully customizable widgets. We saw somewhat rudimentary widget support make an appearance on iPadOS 13, but this could be much more robust, allowing users to place widgets anywhere they wish.

Finally, there have been a number of rumors pointing to Apple releasing a new AR app for iOS, although not much is known about it. Reportedly, there have been tests with Apple Stores and Starbucks that involve Apple-designed QR codes that then show AR content when viewed on an iPhone or iPad.

Last year was a huge update for the iPad, which Apple also symbolically captured by officially changing iOS to iPadOS. And then in March, iPad owners got the addition of real mouse and trackpad support courtesy of iPadOS 13.4, in time for the release of the Magic Keyboard for iPad Pro.

So what specific new features might be coming to iPadOS this year beyond those also found in iOS? It’s actually a bit of a mystery; it follows that if iOS 14 is looking at a stability year that iPadOS has something of a similar focus, but there is one interesting rumor we can look at.

It involves the Apple Pencil, perhaps a slightly forgotten tool for the iPad this year with the addition of mouse and cursor support. The device could gain new abilities in Safari that will allow users to markup websites rather than simply use it for navigation. Given the existence of the mouse and cursor support, it would make sense for Apple to try to expand the capabilities of the Apple Pencil to keep it relevant.

There are only a couple of notable rumors regarding updates to tvOS 14 to go with the rumors of potential new hardware.

One is the addition of a Kids Mode that would allow parents to create distinct accounts for children on the Apple TV and the other is a logical follow-on to this addition with the incorporation of Screen Time into tvOS allowing parents to keep tabs on what and how much content children are consuming on the big screen.