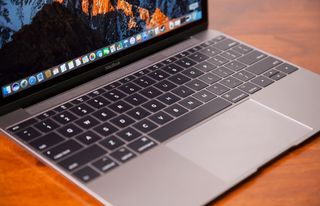 The rumors of Apple making the move to custom ARM-based based chips have been simmering for a long time and in recent weeks all signs have pointed to these rumors boiling over into reality at WWDC this month.

The now discontinued 12-inch MacBook always seemed like the most likely candidate for Apple's first foray into ARM-based CPUs and according to a lengthy Reddit post from frequent Apple leaker @choco_bit a resurrection of that device will indeed kick things off (via MacRumors).

They had considerably more to say on the matter of the ARM transition including additional specifics about the hardware, so let's take a look at some of the more interesting claims.

Let's take a look at the hardware claims first. While @choco_bit does believe that a new 12-inch MacBook is going to be the first Apple laptop with an ARM processor, they are less certain about the actual timeframe for that announcement.

They believe it could happen anywhere from WWDC this month all the way through WWDC next year. They are inclined to believe that it won't actually be announced at this WWDC as they lack more definitive information about it, but acknowledge that they could be wrong.

Regardless of when the announcement comes, the processor that would be inside is reportedly an A14x with 8-12 cores and may otherwise feature a very similar design to the previous MacBook. This could even include yet another revision to the universally disliked butterfly keyboard.

One other notable addition that has also been hinted at in previous rumors is the possible inclusion of 5G. Windows laptops with 5G are coming this year and of course, cellular-equipped Windows laptops have been around for years now, but Apple has ignored this market in the past.

Here, the leaker is either lacking any specific information or legitimately feels strongly about not holding up benchmarks as definitive evidence of performance capabilities as they do not offer any solid metrics regarding the custom ARM chips.

"Performance of Apple’s ARM platform compared to Intel has been a big point of contention over the last couple years, primarily due to the lack of data representative of real-world desktop usage scenarios. The iPad Pro and other models with Apple’s highest-end silicon still lack the ability to execute a lot of high end professional applications, so data about anything more than video editing and photo editing tasks benchmarks quickly becomes meaningless."

And they close their discussion of the performance of the ARM-based MacBook similarly, "Real world program performance will be the key in determining the success and future of this transition, and it will have to be great on this 12" model, but not just in a limited set of tasks, it will have to be great at *everything*. It is intended to be the first Horseman of the Apocalypse for the Intel Mac, and it better behave like one."

Naturally, software is another critical piece of the long term story if Apple is going to move more than a single laptop over to ARM.

Thanks to Project Catalyst, which debuted in macOS Catalina last year, the path to delivering iOS apps to the Mac App Store was made considerably easier. Developers that have already utilized Catalyst to create a compatible version of their apps for the Mac should be set to go on day one.

For those that choose to distribute outside of the Mac App Store, the leaker cautions that things might not be so rosy with a variety of different options, many of them unappealing to either developers or Apple or both.

Finally, the leaker discusses the fate of Bootcamp in the theoretical ARM-based Mac future and it is bleak in the short-term as Microsoft's ARM-based Windows support is very much in flux at the moment as well. Whether Apple can or will put forth the effort to ensure support for Bootcamp at least at the initial launch for its ARM-based MacBook is very much in question.