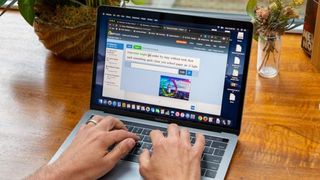 Apple could be hours away from making a historic announcement at WWDC 2020 that would send shockwaves through the laptop industry. Various rumors suggest the company is ready to begin the transition from Intel to ARM-based chips in its MacBook laptops.

The new CPUs would be custom-made by Apple, similar to the A-series processors in iPhones and iPads. We were under the impression that Apple would revive the 12-inch MacBook and use it as a testing device for the new CPUs. However, reliable Apple analyst Ming-chi Kuo predicts the first Mac with an ARM CPU will be the 13-inch MacBook Pro for release in Q4 2020 or Q1 2021 (MacRumors).

Kuo says the MacBook Pro will keep the same design as the current model, and that Apple will discontinue the Intel version. He also said the last Intel-powered Mac will be a new iMac. It will launch in the third quarter of 2020 but be replaced by an ARM version in the first half of 2021. The all-in-one will have a 24-inch screen with thinner bezels than the previous model.

The analyst also said it would take Apple between 12 and 18 months to transition its entire product line from Intel to ARM. The benefit of making this change, Kuo said, could be performance improvements of 50% to 100% depending on how Apple designs the chips. We're also interested to see how efficient these new CPUs will be: can we finally get 20 hours of real-world endurance out of a laptop?

Another feature to look forward to is the mini-LED display expected to arrive on MacBooks in the first half of 2021. The technology will supposedly deliver a near OLED-quality picture but at a lower cost and without the fear of burn-in. In the latter part of next year, Apple will ramp up the production of its ARM-based chips, Kuo predicts.

Apple has already proven that it can produce a chip with enough performance to accommodate a laptop-level workload; The A12Z SoC in the iPad Pro outperformed some mid-range laptops in our benchmark tests while lasting for more than 10 hours on a charge. The MacBook Pro demands even faster speeds, so it will be interesting to see what Apple has been cooking up.

If the switch from Intel to ARM is successful, it could potentially put a strain on the world's largest chipmaker. Intel would lose a massive client in Apple, and at a time when it's struggling to fight off rival AMD.

We'll provide full coverage of WWDC, so check back in with us later today for all the latest news.