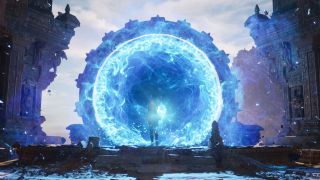 Epic Games VP of engineering, Nick Penwarden, revealed that the PS5's SSD is so fast that Epic had to rewrite some of Unreal Engine 5.

Penwarden told VG247, "The PlayStation 5 provides a huge leap in both computing and graphics performance, but its storage architecture is also truly special."

"The ability to stream in content at extreme speeds enables developers to create denser and more detailed environments, changing how we think about streaming content. It’s so impactful that we’ve rewritten our core I/O subsystems for Unreal Engine with the PlayStation 5 in mind," Penwarden said.

It's not an understatement to say that the next generation of consoles will fundamentally affect how we play video games. Even if you don't buy into better graphics, the SSDs alone changes how the entire development process works. Developers can create and load so much more without the game slowing down. Imagine a Grand Theft Auto game that didn't have minutes-long loading screens.

Epic Games founder Tim Sweeney took to Twitter to ensure that fans understood how the changes to Unreal Engine 5 brought on by the PS5 will benefit both platforms:

"There has been a massive effort to upgrade Unreal Engine loading and streaming to ensure CPU doesn’t become the bottleneck. PS5 has provided much of the impetus, but the work will benefit all platforms," Sweeney said in a Tweet.

While both systems have a custom NVMe SSD, it's unclear which will actually be faster when put to the test. We'll have to find out whenever the consoles launch later this holiday season.