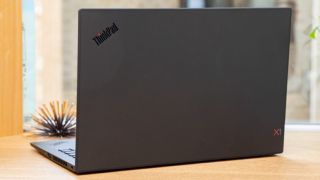 Lenovo, the company behind the best business laptop — the ThinkPad X1 Carbon — is extending the beloved X1 family with one more addition: the Lenovo ThinkPad X1 Nano, NotebookCheck reports.

We first heard rumors about the Nano back in February, thanks to a GitHub driver page that listed upcoming Lenovo laptops. With a name like "Nano," it sounded like the device would have a small footprint with a 12-inch or 13-inch screen. As it turns out, recent revelations from a Lenovo spokesperson prove this hypothesis isn't far off.

The Lenovo ThinkPad X1 Nano: Everything we know

The Lenovo ThinkPad X1 Nano will have a 13-inch display, according to a YouTube interview with South Africa-based Lenovo manager Thibault Dousson.

We also know that the Lenovo ThinkPad X1 Nano will hit store shelves this November. Unfortunately, there wasn't much else spilled about the Nano other than the fact that it will be a lightweight laptop.

The Lenovo ThinkPad X1 Nano was exposed in two leaks this year, including a 2020 ThinkPad Roadmap leak and, as aforementioned, a GitHub driver page. Dousson's recent revelations further solidify rumors that the Nano is, indeed, a new X1 family member, and it is headed our way this holiday season.

With a 13-inch display, we can't help but wonder if the Nano will give the Dell XPS 13 a run for its money. The XPS 13 is a powerhouse, so we're excited to see if the Nano could dethrone the Dell ultraportable with sexier internals and impressive performance benchmarks.