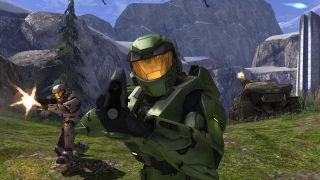 A Halo: Combat Evolved teaser for PC version of the Halo: The Master Chief Collection was literally revealed yesterday, and without missing a beat, 343 Industries dropped that game faster than an ODST drop pod.

Halo: The Master Chief Collection is made up of almost every Halo game in the franchise, but the games inside the collection are being rolled out in waves, which started with Halo: Reach back in December 2019.

For people that don't know, the games included in The Master Chief Collection is actually the Halo: Combat Evolved Anniversary edition, which is the 2011 graphical remaster of the 2001 release. While it looks a lot better than it did in 2001, the 2011 graphics might be a little dated itself.

However, this version of Halo: Combat Evolved has an uncapped frame rate, Field of View options and supports high resolutions like 4K. And while there are no modding tools like the original, 343 Industries isn't stopping anyone from modding the game, and since the game files are the same as the original, it should work the same way.

In a recent blog post, 343 Industries talked about the relationship it'd like to have with the modding community. 343 senior producer Michael Fahrny wrote that "for modding, we’re very much still dipping our toes in the water. I have some long term goals to empower the modding community more than they already are, but I’m not quite ready to go into details yet on that."

"I think the key is lowering the barrier of entry as much as we can to not only enable people to make mods, but also to allow less technical people to manage their mods," Fahrny wrote. "The current ways can be complicated and lead to people getting themselves into bad states, it’s just not good for long term modding health. More official tools, things like Steam Workshop support, etc. are the best path forward."

If you're as excited about everything Halo, stay tuned to further coverage on the Master Chief Collection, Halo: Infinite and the Xbox Series X.

Amazon
Prime
AU
$209.34
View
We check over 130 million products every day for the best prices
Be In the Know