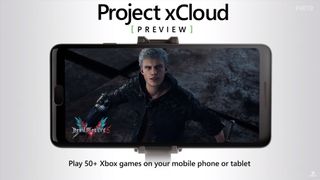 We think it should be called Xbox Game Pass Mega Ultimate because combining both services together all but guarantees Xbox's place in the top spot against PS5.

Project xCloud will be included with Xbox Game Pass

In the Xbox Wire post, Spencer writes, "Later this year our cloud game streaming technology, Project xCloud, will come to Game Pass—so you and your friends can stream and play the games you love together on your devices."

Regardless, offering up Project xCloud like this gives the Xbox Series X a feature similar to what the Nintendo Switch has: portability. You'll be able to play Xbox games anywhere you want on the go, which will effectively leave the PS5 behind in terms of the ease of access.

We're excited to get hands-on time with Project xCloud and a chance to fully review it when it launches. There's no official launch date yet, so you'll just have to stay tuned for that.