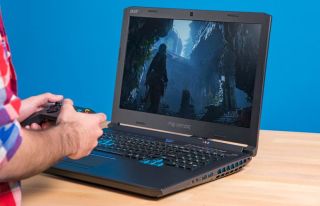 The Windows 10 Game Mode, designed to optimize the performance of your laptop for gaming, is reportedly doing the exact opposite.

As Guru3D points out (via Tech Radar), PC gamers are getting hit with worse frame rates, stuttering and freezes while playing with Game Mode enabled. It's not clear how widespread the issue is, but popular games like Call of Duty: Warzone and League of Legends are apparently running worse with Game Mode on.

Worse yet, the feature is hurting the performance of laptops running on both AMD and Nvidia graphics cards. The Radeon RX 5700 XT, RX 570, RX 480 and R9 290 graphics cards are some of the AMD models struggling with the setting, while on Team Nvidia, the GeForce GTX 980 and GTX 1080 Ti GPUs are experiencing stuttering and freezes.

There is an irony to Game Mode actually lowering the performance of graphics cards but this is no laughing matter for gamers who want to crank the visuals up to Ultra or run at a buttery smooth 100 frames per second.

After Guru3D covered the issue, a number of members of the site chimed in, voicing their displeasure.

"Well, finally this gets more attention," someone wrote on Guru3D. "I have game mode turned off since it was released, and judging by its current state - will continue to do so for the foreseeable future."

There doesn't appear to be a fix in the works, but you can avoid any stability issues by disabling Game Mode altogether.

How to disable Windows 10 Game Mode

It doesn't take long to disable Game Mode and have your games running as smoothly as advertised. To turn the mode off, open the Start Menu (Windows logo) and press the gear icon to open Settings.

From there, click Gaming (Xbox logo) and choose Game Mode from the left-side panel. At the top, you'll see a slider. Make sure that slider is set to "Off."

That should fix your problems. If it doesn't, it might be time to upgrade to one of the best gaming laptops.