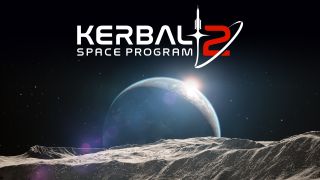 Kerbal Space Program 2 didn't have a set release date anyway, but it was expected to arrive in early 202 at the latest. This new timeline sets it back to Fall 2021.

"As you all know, we've been working hard to make the best and most authentic KSP sequel possible. This is an ambitious goal. We are making a big, expansive game loaded with new features, but doing so will take longer than we previously anticipated," the Kerbal Space Program 2 dev team wrote in a statement on Twitter.

It continued, "With everything going on in the world today due to the COVID-19 outbreak, we're facing many unique challenges that require more time to safely iterate, create, test and make KSP2 as great as it can be."

As of now, Star Theory Games is out of business and at least half of the developers who were previously working on Kerbal Space Program 2 were poached by Take-Two in order to develop the game at its newly developed studio called Intercept Games. This could also have something to do with the delay, although Take-Two didn't mention it in the post.

It's not all bad news. Last month, the new development team partnered with the European Space Agency for a new expansion to the original game (which is still very much active) called Shared Horizons. This expansion lets players recreate actual European space missions, like the Rosetta comet mission and the BepiColombo mission to Mercury. That expansion launches July 1 for free.

At least there's still new content to dive into while you're waiting for the highly anticipated sequel to Kerbal Space Program.