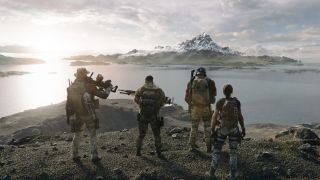 Ubisoft is set to release a new update for Ghost Recon Breakpoint that'll give players AI teammates to work with because so few people are actually willing to play this game.

This patch, originally meant to "be focused on bug fixing to help improve the player experience," was expected to launch in June, but Ubisoft has since pushed that back to mid-July.

According to Ubisoft's developer update, on top of AI teammates, the update will introduce bug fixes, quality of life fixes, a Gunsmith update, a PvP update and the rest of the planned fixed from TU 2.0.5, including "a fix for the current reproduction steps of the DMR exploit."

Ghost Recon Breakpoint had a rough start, and it's hard to say that any of the fixes will actually make the game good. At least it should make the game better in some ways.

AI teammates aren't a great replacement for a full squad of friends, but it's better than trekking around solo without anyone to revive you when you get downed. It's a surprise that AI teammates didn't come standard, considering Ghost Recon Breakpoint is a third-person co-op shooter.

However, if you own Ghost Recon Breakpoint and your friends don't want to buy it, Ubisoft released a Friend Pass edition of the game that lets people who don't own the game play with people who do.