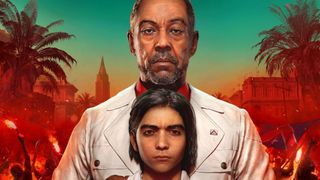 This is a jam-packed lineup, but that's to be expected given the impending release of the PS5 and Xbox Series X. For developers, this is the perfect time to load up on top franchises as gamers clamor for next-gen titles while the console releases grow nearer.

While it is almost certainly going to be the last of the aforementioned titles to be released, Far Cry 6 is one of the largest and most popular series of games for Ubisoft, so we are keeping a careful eye on each rumor, leak and official release as they come to light.

Here’s everything that we know so far about Far Cry 6, including the release date, setting, gameplay, story and more.

Far Cry 6 is set to be released on February 18, 2021 for PlayStation 5, PlayStation 4, Xbox Series X, Xbox One, PC, and Google Stadia. Ubisoft confirmed the launch date at its Forward digital conference in early July.

According to the PlayStation Store leak, Far Cry 6 will take place in Yara, “a tropical paradise frozen in time.” We don’t know what that time might be, but based on the single-shot presumed to be the cover for the game, our best guess would be the 50s or 60s.

One theory put forth by IGN News Editor Joe Skrebels is that Far Cry 6 could be a prequel to Far Cry 3 based on the matching scar seen on the child of the villain in Far Cry 6, and the live-action depictions of Vaas, one of the primary villains in Far Cry 3.  However, as the trailer shown during Ubisoft Forward revealed, the child's name is Diego and his father is president of the county. Now unless Diego has a name change sometime during the story, it looks like Vaas is just a highly-regarded memory.

The listing also indicates that this will be the largest setting of any Far Cry game, extending from jungles to beaches and at least one major city, Esperanza, which is likely the one seen in the trailer.

This certainly sounds like a return to form for the series, which had ventured into the western United States for Far Cry 5 and its spin-off. It’s a bit disappointing to see them not explore other potential environments, but many fans will likely be pleased to see the return of the more familiar setting.

The Far Cry series has typically cast you as an outsider to the locale of the game, but in this installment, you are playing a local guerilla fighter named Dani Rojas who is trying to overthrow the corrupt dictator running Yara, Anton Castillo.

Castillo is being voiced by Breaking Bad’s Giancarlo Esposito. The high-profile voice talent suggests a deeper story and more character development for this installment when compared to some of the previous Far Cry games.

Castillo’s son Diego appears alongside him on the cover and, according to the text in the leaked PlayStation Store listing, is “following in his (Castillo’s) bloody footsteps.” Whether he is destined to become Vaas from Far Cry 3 or not, he certainly appears to be a prominent piece of this game.

In the trailer, Diego is first seen as an innocent child building a model toy car when his dad, President Antón Castillo, walks into the room and hands him a grenade. The dictator, who is voiced by Esposito, tells his son about the parts of a grenade before pulling the pin.

As his son holds the grenade lever that prevents it from exploding, his dad walks him to the roof of his government building and talks to him about how he needs to fight back against the people. The cliffhanger ending suggests the boy lets go of the grenade on a crowd of protesting people.

We haven’t seen any official gameplay footage for Far Cry 6. We aren’t anticipating any major changes to the formula that has made the Far Cry series so successful, so expect an open world action-adventure styled first-person shooter with a wide array of weapons and vehicles at your disposal.

In keeping with the open-world style, the gameplay of most installments in the Far Cry series allows for different approaches to combat situations with stealth or more all-out assault both plausible options in most scenarios.

With the return to the tropical setting, we expect the gameplay to be extremely reminiscent of Far Cry 4 and previous installments, but with larger environments and more vehicles and weaponry.

A co-op mode has long been a part of the Far Cry series and will be present again for Far Cry 6 with the ability to play with up to 2 players simultaneously. There has been no indication yet as to whether this will follow the Far Cry 5 model of co-op, which allowed you to either join a friend for the full game. Otherwise, Far Cry 6 could return to the previous installments co-op, which was limited to side missions and general open-world play.

Also, the PS5 version comes as a free upgrade, so you'll only need to buy the game once anyway. pic.twitter.com/x0RYkbPj0MJuly 10, 2020

We assume this will be true for those who purchase the game on Xbox One and later move to the Xbox Series X; Microsoft has made it clear that it wants developers to follow this model.