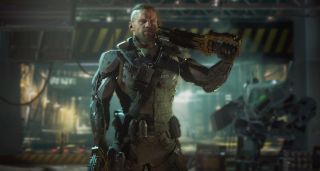 The leak comes from @Okami13_ on Twitter, who accurately predicted news about Call of Duty: Warzone and Call of Duty: Modern Warfare. Apart from that, the leak is also backed by Eurogamer's own sources as well.

As the title suggests, Call of Duty: Black Ops seems to be jumping back in time to where the original took place.

Also, if the name is true, well, there are so many better names Activision could have chosen. Call of Duty: Black Ops Cold War is just a mouthful. And the original was already about the Cold War, so it's redundant.

It's entirely possible that this is a soft reboot to the original Black Ops game, similar to the recent Modern Warfare reboot.

There have been other instances that suggest a Cold War setting is legit, like the recent tease of the locked nuclear bunkers opening in Call of Duty Warzone. There was also a player who glitched through a wall to find a Cold War-era spy plane.

We imagine we'll hear from Activision sooner or later about its next Call of Duty game.

Acer Nitro 5
Laptops Direct
£229.97
View
We check over 130 million products every day for the best prices
View All Deals
Be In the Know