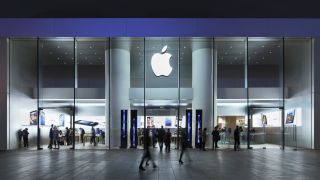 For Apple, despite the coronavirus outbreak, the show must go on. The Cupertino-based tech giant reopened all its retail stores in China, 9to5Mac reported.

On February 1, Apple shuttered its China-based stores to mitigate the contagious spread of COVID-19, but planned to reopen its doors on February 9. Apple couldn't stick to this promise as China struggled to contain the virus as it swept the nation.

Apple's February store closures caused a plummet in sales; shipments of the iPhone maker's devices dropped to 494,000 last month. Compare this figure to February 2019's 1.27 million, which is a 60% year-over-year drop.

Taking baby steps, Apple gradually reopened its stores throughout the latter half of February. And on March 12, all 42 of Apple's China-based retail stores were opened.

“It feels to me that China is getting the coronavirus under control,” CEO Tim Cook told Fox Business two weeks ago. “I mean you look at the numbers, they’re coming down day by day by day. And so I’m very optimistic there.”

Unfortunately, the destructive effects of the coronavirus continued to smack Apple back down into production hell with poor labor-return rates, government-imposed bans, quarantines, travel restrictions and more.

In January, Apple predicted $63 to $67 billion in revenue for the March quarter, but as COVID-19 caused supply-chain issues, Apple rescinded that forecast and explained that it would fall short of its revenue goal due to low demand in China and production interruptions.

9to5Mac reported that Apple will continue to curb coronavirus in its reopened stores by implementing new safety and health measures, such as deep-cleaning procedures and crowd control.

Italy, a nation that has experienced the greatest coronavirus outbreak after China, will continue to have its Apple stores shuttered until further notice.