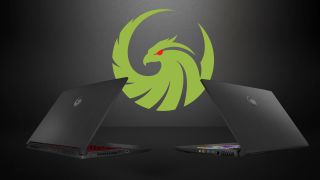 MSI is officially starting pre-orders for the MSI Bravo 15 and Bravo 17, the company's latest affordable gaming laptops packed with an AMD Ryzen CPU and Radeon GPU.

The Bravo 15 is outfitted with three USB Type-A ports, two USB Type-C ports, an RJ45 Ethernet port, a security lock slot, a headphone jack and an HDMI port, while the Bravo 17 loses one USB Type-C port in favor of a separate microphone port. That seems like an uneven trade.

Apart from having different screen sizes, 15.6-inch versus 17.3-inch, the Bravo 15 and Bravo 17 pack similar displays, which feature a 1920 x 1080 resolution and 120Hz refresh rate accompanied by AMD FreeSync technology.

Moving onto the keyboard, not only are the keys super-red but they also feature single-zone backlighting. It's unclear what color it is, but if it's red, well, that's just gross to just think about. What is interesting is the placement of the keyboard. It's placed down much further than traditional notebooks, as the touchpad is touching the front lip of the deck.

While MSI hasn't made any battery life claims, it divulged that the machine has a 51Whr battery, which isn't very promising. But we've seen AMD do some crazy things with battery life recently, so who knows.

Hopefully with AMD's latest chips, MSI can bounce back from the MSI Alpha 15, which was toting around older components that couldn't quite match up to the competition. We're excited to get these laptops in for testing and see what they're capable of. Stay tuned for our full review and benchmarks of the Bravo 15 and Bravo 17.