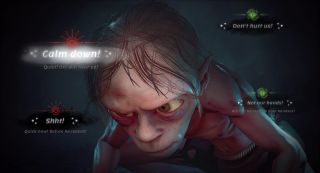 One of the few confirmed Xbox Series X games, The Lord of the Rings: Gollum, finally has some screenshots to show off the next-gen console.

While the evil character doesn't look as photo-realistic as you might expect, Lord of the Rings fans will likely be pleased with the direction Daedelic Entertainment is going with its take on Gollum.

The Lord of the Rings: Gollum screenshots

Daedelic previously stated in an interview that the Gollum in this game is not based on Peter Jackson's imagining of the character, but will instead focus on the book's interpretation.

Here's a neat little gallery of screenshots provided by Daedelic Entertainment via Gamestar.

It appears Daedelic Entertainment isn't making a game that's going to utilize the full power of the Xbox Series X and PS5. In terms of gameplay, it will likely focus more on the choices that drive the narrative as well as what looks to be some platforming and stealth gameplay.

Since the fate of the titular character is basically written in stone, it'll be interesting to see how this game handles the story and what kind of impact the different kinds of choices have on the character as well as the overarching story.

On May 7, there will be an Xbox Series X event that'll reveal gameplay of highly anticipated games. It's possible Gollum will make an appearance.