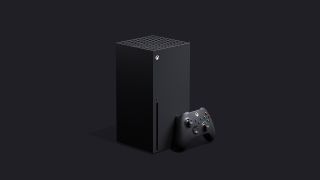 While it's clear from a raw power perspective that the Xbox Series X is more powerful than the PS5, that isn't the only metric to go on when it comes to consoles, so when a former PlayStation developer weighs in on the Xbox Series X vs. PS5 debate we want to hear what they have to say.

The latest comes from long-time PlayStation developer Chris Grannell, who worked on some intensive PlayStation games in his day, including the Wipeout series and more recently Horizon: Zero Dawn. He came down heavily on the side of the Xbox Series X in a recent appearance on the RDX podcast (via Techradar).

Grannell didn't completely slam the PS5, he said it's "not a bad console," but "the machine that Microsoft has put together is an absolute beast compared to what Sony has put together," and according to Grannell this has been echoed by other developers that he has spoken to.

Grannell attributes the problem to Sony coasting on the success of the PS4 and not properly anticipating the strength of Microsoft's moves with the Xbox Series X hardware.

One area that Grannell sees as a serious disadvantage for the PS5 is real-time ray tracing.

"If you look at the throughput and ray-tracing capability [of the Xbox Series X] then you start to... understand why developers would be saying it's kind of staggering."

In response to a question about the PS5's considerable SSD speed advantage and its potential to compensate for the CPU/GPU deficit, Grannell largely dismissed it saying "an SSD just can't make up for GPU power, can't make up for compute units."

The one real advantage that Grannell granted for the PS5 is the strength of its first-party games lineup as compared to Xbox. This is a point that we ticked in favor of the PS5 as well and particularly if the launch titles for the consoles are thin could help to swing users over to Sony's side regardless of the relative power of each console.

We are expecting significant PS5 and Xbox Series X events in the next month and Sony is in serious need of a win as we get closer to the launch of these next-gen consoles.