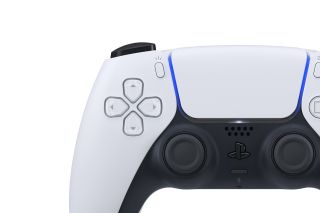 While both the PS5 and the Xbox Series X are reportedly on target for a holiday 2020 launch, the planned run-up to those launches has been anything but stable with the cancellation or shift to digital for many major gaming events.

A report from Daniel Ahmad of Niko Partners claims both sides have shifted plans in light of the E3 cancellation, with an eye to running virtual events during E3's planned June 9 to 11 timeframe (via Video Games Chronicle).

Sources indicated that Sony had been proceeding with plans to finally hold its big PS5 reveal in May, but it's possible that the timetable has been thrown off due to the indefinite hold on the release of The Last of Us 2.

One of the theories for why Sony has been so tight-lipped about the PS5 is that the company didn't want to undercut the release of two major PS4 exclusives: Final Fantasy VII Remake and The Last of Us 2.

This is the one time I will actually add a caveat, for the last sentence in this case, as we are living through an unprecedented situation and this is the one time where external factors such as COVID-19 could actually change plans right at the last minute. But we'll see.April 19, 2020

Microsoft had similar plans for additional Xbox Series X announcements and game showcases in May, and it would appear it is in a better position to still deliver on that timeframe.

Regardless of the reasoning, it would be hard to argue that Microsoft is winning the marketing battle during this next-gen console release cycle so far and, as a result, Sony may feel pressed to go forward with its PS5 reveal next month to regain some ground.