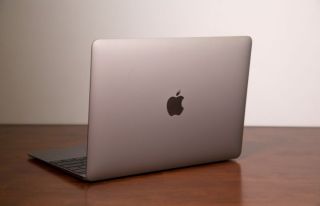 Apple is already having a busy year, and it looks nowhere near being done releasing new products. If the latest leak from an anonymous Twitter user pans out, then we'll get more than we bargained for, including a new 12-inch MacBook and a refreshed iPad Air.

Before we get into the juicy details, keep in mind that these are rumors. None of the predictions are confirmed and some contradict other reports. So while this leaker has a reliable track record, you should sprinkle a healthy heaping of salt over these claims.

The leaker, who posts under the Twitter account L0vetodream,  says Apple will release a new iPad Air with an in-display fingerprint sensor for Touch ID.

Samsung was the first to use the technology in a tablet when it launched the Galaxy Tab S6, and embedded fingerprint sensors are fairly common in smartphones. However, Apple has yet to release a product with an embedded Touch ID, choosing instead to rely on Face ID.

the new iPad Air will be using the mini led screen, comes with full screen with no notch, not Face ID，but Touch ID under the screenMarch 10, 2020

The fourth-gen iPad Air will supposedly feature an 11-inch, miniLED display paired with thin bezels. The leaker predicts the iPad Air will launch in September. We're a bit skeptical of the leak considering a recent investor note from analyst Jeff Pu of GF securities said Apple was having a hard time with miniLED panels for its iPad Pro.

We'd be surprised if Apple brings miniLED to the iPad Air but not the more premium iPad Pro. September is also an ambitious timeline considering delays caused by the coronavirus, although Apple seems to be getting back on track. After all, the company already released a new iPad Pro (12.9-inch) and MacBook Air this year.

Leaker L0vetodream also claims Apple will launch a cheaper iPad with an A12 chip but didn't provide a release date.

Among the more interesting predictions is that Apple will release another 12-inch MacBook this year. Apple stopped making its most portable laptop last year and hasn't shown any signs of reviving it.

The source didn't provide many details about the 12-inch MacBook, only that it will run on an ARM-based processor. Apple is supposedly working on in-house ARM-based CPUs to power its upcoming laptop, so it's possible it'll start by experimenting with the 12-inch Macbook (which doesn't demand as much power as the MacBook Pro).

The tweets posted by this leaker are rich with predictions, some of which caught us off guard. I'll start with the least surprising: a new 13-inch MacBook Pro 2020. It's only a matter of time before Apple refreshes the smaller MacBook Pro with the more comfortable and reliable scissor-style Magic Keyboard. Other rumors predict Apple will increase the screen size from 13.3 to 14 inches.

Finally, Apple is predicted to release its own game controller by 2021. We suspect it will be compatible with Apple Arcade, which recently gained Xbox and PS4 controller support with iOS 13.

Again, none of these claims are confirmed, so view them with a bit of skepticism. Then again, this leaker's solid track record suggests Apple might have a few things up its sleeve in the next 12 to 24 months.