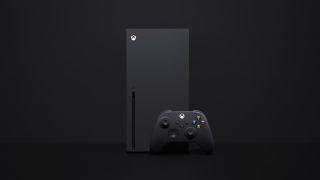 The Xbox Series X is getting closer to launch every day, and the head of Xbox, Phil, Spencer is confident about its place against the competition, even after Sony's recent PS5 deep dive.

Spencer spoke on the IGN Unlocked podcast with Ryan McCaffrey explaining that Xbox remains flexible with the Xbox Series X pricing, and that the Xbox One's launch was a learning experience.

"We're definitely going to be keeping our eyes wide open as we continue toward launch, looking at what the competition is doing, but we have a plan, and we feel very solid about our plan," Spencer said. "Long ago, [McCaffrey] and I sat in a room and I said that I wanted to win, and you got frustrated with me for years about 'Where is this winning plan?' I believe we have a plan that can win."

While Spencer was confident about the Xbox Series X's position, he had some nice things to say about Sony's team.

"I think Mark and the team did some really good work on the audio processing that they talked about, their SSD technology is impressive, we like that. We saw the work that they did,"  Spencer said.

He continued, "But we took a holistic view on our platform from CPU to GPU to RAM to throughput, velocity architecture, latency, [backwards compatibility]. When we finally saw the public disclosure, I felt even better about the choices that we made on our platform. And I kind of expected that I would."

When it comes to the actual release date of the Xbox Series X, everything remains on track for the Fall, according to Spencer, but he still remains cautious and realistic about the situation.

"We have nothing right now that says we're not going to make the dates that we've been planning," Spencer said. "But this is real-time stuff, and I'm going to put the safety and security of the teams at the top, along with a quality product. I don't want to rush a product out if it's not ready."

Spencer repeatedly said that the safety and security of his teams are more important than anything else.

"There's no decision I will make, or frankly, anybody at Microsoft would even ask me to make that would compromise the safety and security of the teams for a near-term either financial or product gain," Spencer said. "The teams are the most important thing."

However, there doesn't appear to be a "Plan B" for Xbox. McCaffrey asked Spencer if Xbox had planned something around delaying the Xbox Series X for certain regions at launch in order to mitigate the impact of COVID-19.

"I will say, having lived through the Xbox One launch, I know that significant delays in region launches hurt us. It hurt us with the sentiment of the fans. Every time i go to Japan, I'm reminded that we were nine months late in launching there with Xbox One," Spencer said.

Spencer is confident about the Xbox Series X's launch date and price, but Xbox also isn't willing to put its team in danger just to reach those goals. Trust me, gamers will survive without a new console for a few months if worse comes to worst. Take your time, Xbox.