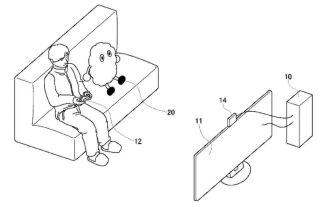 How awesome would it be to have someone -- or rather, something -- share your sadness as you angrily pound the table after losing a game? Sony Playstation may be working on a new robot friend that can commiserate with you to make your gaming losses more tolerable, according to a patent Business Insider spotted.

The robot friend, according to the inventors, would also simulate empathetic responses for your happy moments. You'd no longer have to jump for joy alone when you climb to the top of the leaderboard -- the robot would figuratively pat you on the back for your wins.

The patent also insinuates that a robot friend would be advantageous to Sony's business -- the mechanical buddy would encourage its owner to play more games because of the undercurrent of emotional rapport built while gaming.

"It is expected that the user's affinity with the robot is increased and motivation for playing a game is enhanced by the robot viewing the game play next to the user," the patent said.

In addition to gaming, the robot friend would accompany you while watching movies. The patent hinted that the robot would spur users to watch more content -- which is, again, good for business because indulging in your favorite films is more fun with a robot friend sitting right next to you.

The robot friend would work by using biological sensors that deduce the user's current emotional state. The mechanical entity would include a camera, a motion sensor and a microphone that would all work in harmony to detect whether the user is happy or sad.

With PS5 pushing the needle on human-to-machine sensations with its upcoming DualSense controller that touts optimized haptic feedback, we're excited to see whether Sony will blow our minds with the innovative interactions that can potentially stem from this robot friend.

Sony Playstation's raw concept of the bug-eyed robot friend is not something I'd like to run into in a dark hallway -- it looks like a creepy, mouthless Furby. But thankfully, as Business Insider points out, the odd-looking robot is just a stand-in representation for what the inventors describe as a "human-type, pet-type robot" (similar perhaps to the Sony Aibo).

To date, Sony hasn't made any announcements about a mechanical buddy hitting the market, but we're crossing our fingers that the blueprint materializes into reality because the idea sounds too cool to pass up.