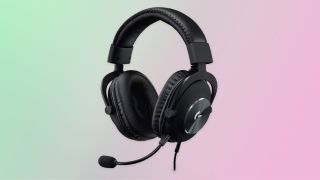 Logitech G and Embody, in a beautiful marriage of audio hardware and sound science, have teamed up to launch an app to provide a more acoustically pleasurable experience for gamers, TheVerge reported.

The app is aptly named "Immerse." Rancorous battle scenes, nearby feet hitting the pavement and the vroom-vroom of the racetrack are sounds that will grace your ears in a whole new, innovative way.

"With Immerse, you hear game audio as you hear sounds in the real world. Gone is the hesitation to take a shot because you know exactly where your enemies lie. It is sound crafted for you, not for the masses," Embody, a spacial audio company, wrote on its website.

Logitech G and Embody claim that they've developed a novel, revolutionary technology that uses AI to scan an image of one's ear to create something called a customized "Head Related Transfer Function" profile, which optimizes and personalizes sound for the gamer.

"How," you may be wondering, "will Immerse have access to my personalized sound profile?" Well, after you sign up for Immerse, the app will require you to take a picture of your right ear using your smartphone. The app's AI will then analyze different parts of your ear to predict how to best optimize your reception of sound.

"No two ears look the same, so Immerse works with the abstract features of your ear to create a sound that is specific to you and ultimately, how you hear the world around you," Embody wrote.

This innovative concept will help gamers have the upper hand over opponents, such as stealthy, soft-footed enemies, in games that require heightened environmental awareness.

Taylor Lyles, a writer from The Verge, experimented with the app's "Close Combat" mode with his Logitech G433, validating that Immerse is suitably named.

"I tested out Final Fantasy XV Windows Edition with an expanded sound field, allowing me to hear smaller sounds from a farther distance, such as enemies roaming the environment," Lyles said.

The Immerse app comes with a free, two-week trial period. Subscriptions start at $3 per month.