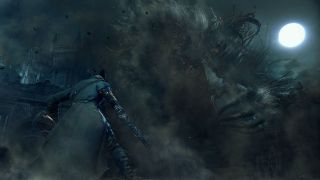 Bloodborne releasing for PC has been the dream of many Soulsborne fans since its original release in 2015. Now that finally might happen as a few popular gaming personas on Twitter have hinted toward its existence.

It started with a Tweet from Sloth Mom, who claims she's had it "confirmed by a very trusted source" and that she has "a lot of faith in the company who's doing the port." She also claims that Sony was planning to reveal this at the postponed PS5 conference, so we might see it soon. On its own, this wouldn't be much to go by, but a few more hints from other leakers have solidified the possibility.

Imran Khan, former senior editor at Game Informer and current cohost of Kinda Funny, claimed in a tweet that "From Soft fans probably have a lot of reasons to be happy in the next two years."

While he could be hinting towards Elden Ring, he prefaced this claim by specifically referring to the Bloodborne PC rumors. Additionally, as Elden Ring is already confirmed, it's more likely he's commenting on something that hasn't been announced yet.

Not going to comment specifically on Bloodborne on PC rumors, but suffice to say From Soft fans probably have a lot of reasons to be happy in the next two years.June 4, 2020

Another user asked Imran what he meant by "in the next two years," and he responded with "Things that people think are hitting 2020 might not hit 2020 or even be shown in 2020."

Unfortunately, this might mean we won't be seeing Elden Ring for the rest of the year, so prepare to be disappointed if no trailers drop from now until December.

Popular Twitter user Wario64, who's known for posting deals for games and technology, also referred to the Bloodborne PC rumor in a tweet, "You can play Bloodborne on PC with PS Now...or wait a little longer"

Sloth Mom is also claiming that it's not merely a port, but a full-blown remaster that's coming for both PS5 and PC.

Now, I said earlier I'd share more info about it. So, what I can confirm is that it's not just a PC port of Bloodborne, what was supposed to be revealed today was a Bloodborne Remastered/HD edition that was coming for PS5 and PC. I don't know of any release date as of yet.June 5, 2020

This was also retweeted by Nibel, and if a remastered version of Bloodborne coming to both PC and PS5 is true, it could also mean that Sony is prepping to release a sequel in the future. This is just speculation, but perhaps Sony releasing Bloodborne on PC could drive fans towards the purchase of a PS5 when Bloodborne 2 is an exclusive to that console.

It's entirely possible that these rumors are just the result of hopeful fans getting each other excited, but if a Bloodborne PC release were ever possible, it's never been more likely than now.