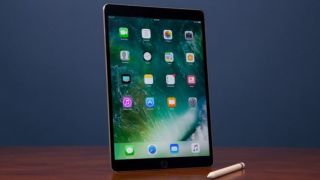 Deals are heating up as we get closer to the year's best Black Friday deals and best Cyber Monday deals. Even Apple products, which rarely drop in price, are being heavily discounted. In fact, one of the best early Black Friday deals we've seen (so far) is a sale on the 10.5-inch iPad Pro that drops its price by a whopping $400.

The 10.5-inch model on sale is a 2nd Gen iPad Pro released back in 2017. But don't let that scare you away; The A10X chip inside the iPad Pro offers blazing performance by today's standards and the Retina display still dazzles.

On top of that, the 10.5-inch iPad Pro earned our highest praise (and an Editor's Choice award) for its epic battery life (around 14 hours!), improved Apple Pencil performance and impressive cameras.

If you want a high-end tablet but don't want to spend what Apple is charging for the newer models, then we recommend jumping on this deal before it disappears.

Not sold on the 10.5-inch iPad? See our best Black Friday deals and best Cyber Monday deals pages for the latest discounts on tablets, laptop and accessories.