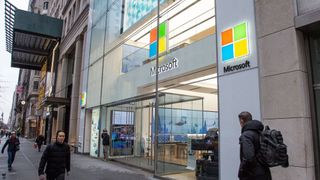 Microsoft is once again floundering to keep Windows 10 running safely and reliably. The company's latest stopgap is an emergency update to fix a Windows 10 bug that has been causing connectivity issues, as ZDNet reports.

Windows 10 users are having difficulty connecting to the internet when using certain productivity programs, including Office 365 (soon to be Microsoft 365), Microsoft Teams and Outlook. The problem affects PC users and servers updated after Feb 27 that use a proxy, especially with a VPN.

Microsoft originally said a patch for the connectivity problems would be available in early April. It beat that estimate, and you can now update your system manually from the Microsoft Update Catalog.

The update isn't being released automatically to all users. Rather, Microsoft recommends that only people affected by the connectivity problems should manually install the optional patch.

"An out-of-band optional update is now available on the Microsoft Update Catalog to address a known issue whereby devices using a proxy, especially those using a virtual private network (VPN), might show limited or no internet connection status,"  according to a note in the Microsoft Message Center.

The timing of the connectivity issues couldn't be worse as the world shifts to a work-at-home lifestyle to stop the spread of the coronavirus. Office 365 is relied upon by millions of people working in various industries. When Microsoft Teams, Office, Outlook and Edge can't connect to a server, it can have a crippling impact on workforces.