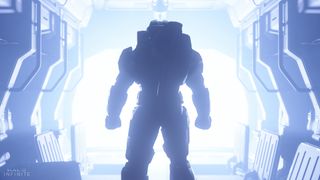 While Sony won't be delivering its PS5 reveal at E3 2020, Microsoft is bringing the full force of its Xbox Series X, and it's looking like all of the company's recent acquisitions are going to finally pay off. Sony will likely wait to spring all of the hot news on us at one of its own events.

As a longtime Xbox fan, nothing made me happier than seeing the head of Xbox Phil Spencer taking to Twitter to boast about what Xbox has planned for E3 2020. PlayStation has been killing this generation, so they need some healthy competition from Xbox.

.@OriTheGame is special, reading internal notes from people playing through, another amazing game by Moon. Next E3 meeting is today, tons to talk about between now and E3 & deep portfolio of XGS games for E3. @aarongreenberg doing work. Console launch years are just special.February 14, 2020

Xbox is planning to reveal a "deep portfolio" of Xbox Game Studios games at E3 2020. If you consider Xbox's portfolio of exclusive games right now, there aren't many great titles. However, Phil Spencer says that "console launch years are just special," which makes it really seem like Xbox has something big under its sleeve.

Of course, the Xbox Series X won't have exclusive games in the traditional sense, as those same games will be launching on PC as well.

Still, there is a lot of potential with Xbox's forthcoming game lineup. We're going to get Halo: Infinite, which will ideally be infinitely better than Halo 5: Guardians. And there's the recent announcement of Senua's Saga: Hellblade 2 from Ninja Theory, which is expected to be a hit given the developer's track record. Not to mention, Ninja Theory's Bleeding Edge, which is more than likely going to be ported over to the Xbox Series X.

From there, we have new, exciting developers like The Initiative alongside well-known devs like Playground Games, which may or may not be working on Fable 4 (please do and thanks).

Whether you're for Xbox, PS5 or even the Nintendo Switch in the console race, it's going to be an excellent year for games overall, especially with Halo: Infinite, The Last of Us: Part II and Animal Crossing: New Horizons all launching this year. Those titles would keep anyone happy for a whole year, but there's much more on the way, so stay tuned.