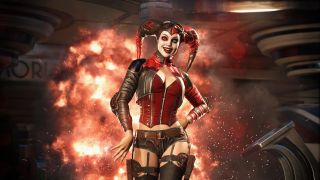 Rocksteady has been quiet for quite a long time. The last game the studio developed was Batman: Arkham VR in 2016. If we're talking real games, then that would be 2015, when Batman: Arkham Knight launched.

While the studio still remains silent, we now have some indication of what it may be up to. According to a few registered domains, and Eurogamer stating it like it's fact, signs are pointing to Batman Arkham developer Rocksteady working on a Suicide Squad game.

The domain names were revealed on Restera, registered on whois.com as "SuicideSquadKillTheJusticeLeague.com" and "SuicideSquadGame.com". The domains are registered through MarkMonitor Inc., which Warner Bros. has used before to register wbgames.com.

Despite that, there's no actual confirmation that this is registered by Warner Bros., as there's no record of the Registrant Contact. Another domain was also registered -- gothamknightsgame.com -- through the same registrar, which points to Warner Bros. Montreal's new game that the studio has been teasing for some time.

According to Eurogamer, these projects will be teased at Warner Bros.' upcoming DC Fandome event in August.

As with all unconfirmed information, take this with some skepticism. Even if this is the case, anything can happen between now and whenever the studios reveals its next games.