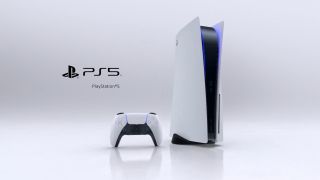 The PS5 could have its life cycle drastically reduced to 5 years, according to sources who spoke with DigiTimes. Furthermore, the console is expected to ship at least 120 million units by the end of its life cycle, which is a higher estimate than the 110 million PlayStation 4 units sold.

This would be a shift from what Sony is used to, as its four more recent consoles were released within 6 to 7 years of each other. If this is true, Sony could potentially face backlash from fans. However, this is only a prediction, so take it with a grain of salt.

A bit of hope

The PlayStation 4's phenomenal sales record is a bit of a modern miracle when you put into context how other mainstream consoles have fared. The Xbox One sold 46 million copies while the Wii U barely hit 13 million. The Nintendo Switch is currently going strong with 59 million sales and it's only been out for three years.

However, none of these numbers come remotely close to the PlayStation 4's 110 million console sales over the course of 7 years. As a result, it's hard to believe that the PlayStation 5 could manage anywhere from 120-170 million sales during a shelf life that's two years shorter.

Additionally, Sony is reportedly having production issues and might limit the number of consoles it puts on shelves in the first year.

This could also be problematic for Sony, as game development times have increased by quite a bit over the course of the last ten years and some developers can only manage one game in five years.

Sucker Punch released Infamous: Second Son in 2014 and then Ghosts of Tsushima in 2020. Santa Monica Studios released God of War: Ascension in 2013 and then the God of War reboot in 2018. Guerilla Games releases Killzone: Shadowfall in 2013 and then Horizon: Zero Dawn in 2017.

For many of Sony's biggest first-party developers, there is a 4 to 6-year gap between published games. Ghosts of Tsushima just launched and it took at least six years to develop. If Sony intends on reducing the PlayStation 5's life cycle to 5 years, then studios like Sucker Punch might not even get the chance to publish a game during this generation.

Additionally, this move could be bad for developers as they might feel pressured into getting games out before the generation ends. Ultimately, the lifespan of the console will be determined by demand, so Sony won't stop making the PS5 if it's still selling well.