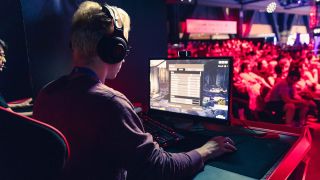 Twitch Prime is one of the perks of having an Amazon Prime membership. This gamer-centric Amazon service includes perks like ad-free Twitch streaming and free PC games.

Each month, Twitch Prime members can download free games and in-game loot like weapons, characters, skins, boost upgrades, and more. Best of all, you get to keep the games you download forever.

The first seven games of the twenty free SNK video games Twitch Prime is rolling out this summer are available now including Art of Fighting 2, Samurai Shodown II, and King of Fighters 2000 and 2002.

If you're not a Prime Member, you can sign up for a free 30-day trial here to start downloading your free games. You can cancel at any time or continue to reap the rewards of Amazon Prime for $12.99 per month.

Your Prime membership will also give you access to this year's exclusive Amazon Prime Day deals.

If you're already a Twitch Prime member, you can download the following these PC games and loot for free this month. Unless otherwise indicated, all are available from now through June 30.