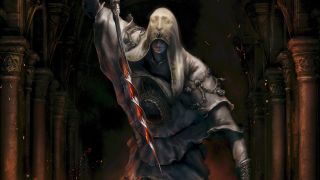 Elden Ring is yet another Souls-like brainchild of Hidetaka Miyazaki that’s being developed by FromSoftware. Just when you thought a lineup couldn’t get any better, the team got a little help from the Game of Thrones author himself, George R.R. Martin, in designing the mythos of Elden Ring. With such a development team, FromSoftware fans are in for quite the treat.

While Elden Ring was first announced back on June 9, 2019, we still don’t know much about the game. FromSoftware was supposed to debut another trailer at the Taipei Game Show before it was canceled due to the coronavirus pandemic. Now it’s just a waiting game.

That said, some important details about this anticipated fantasy have already been released. Here’s everything we know so far about Elden Ring.

FromSoftware’s first trailer for Elden Ring debuted on June 9, 2019, and had no release date attached to it. However, at the very end of the announcement trailer, it’s revealed that Elden Ring would be coming to Xbox One and PS4. Considering how close the Xbox Series X and PS5 are, it’s possible Elden Ring could be a cross-gen game, launching sometime in late 2020 or early 2021. The past few FromSoftware games were released in March.

Surprisingly, an interview between a Bandai Namco representative and Miyazaki revealed that Elden Ring has been in development since early 2017, when the final DLC of Dark Souls 3 was completed. However, with Sekiro: Shadows Die Twice in the way, we suspect Elden Ring wasn’t getting very much hands-on development time.

The real reason we might not be getting any news recently is due to trademark issues (via SVG). Bandai Namco filed a trademark for Elden Ring, but originally it was rejected. Apparently, the company had to resubmit the request and are now waiting for it to be accepted.

Unfortunately, we haven’t seen any gameplay for Elden Ring yet; FromSoftware has dubbed it an action RPG, so it’s probably going to be more like Dark Souls and Bloodborne than it is Sekiro, which was a full-blown action game.

While we don’t know much about Elden Ring, Miyazaki did talk about the boss fights that you’ll experience in the game. "Boss fights are something we enjoy making and make up one of the climaxes to this title as well. We feel there is a wide variety of unique and horrifying bosses for players to look forward to."

And much like Dark Souls, you get to create your own unique character, as FromSoftware will be focusing heavily on RPG elements. Miyazaki also stated that FromSoftware is not shying away from “the fun of responsive melee-based combat.”

Some info about the gameplay recently leaked. It may be obvious, but take this "leak" with a ton of skepticism as it's coming from 4chan, which can harvest some shady claims. However, credible leaks and info dumps have come to light via 4chan before, so it's not entirely implausible.

The leak comes from someone who claims to be on the team working on the Italian translation of Elden Ring.

Combing through this dump of short details, it states that Elden Ring will play similarly to Dark Souls 1 and 3 with an emphasis on a slower but more dynamic fighting style. Apparently, you can jump and air dodge. There are no starting classes, but you can join covenants to change your "mastery."

Other details include players having a ghost horse mount, an inventory management system similar to Demon's Souls, day/night cycles, checkpoints similar to bonfires, and no difficulty options whatsoever.

Additionally, there are five main bosses and 12 regular bosses. Bosses will have health bars similar to the Sekiro system and enemies are stronger at night but drop better loot.

One of the most annoying features, if true, is the return of an unseen aid system, which was in Sekiro. Instead of being able to retrieve your fallen goodies, your experience and money were reduced to half unless you rolled well enough on percentage die to get your stuff restored. This just adds an arbitrary difficulty that you have almost no control over, which isn't what these games should be about.

The leak also states that the first trailer will launch on July 21 at the Xbox Games event, but the event was recently revealed to be July 23. However, it wouldn't be a huge surprise if Xbox debuted Elden Ring, as they've marketed FromSoftware games before, such as Sekiro.

As I mentioned earlier, all of these details may very well be inaccurate, although some of them would be nice to see. That is, except unseen aid, which nobody should want.

We also don’t know much about the story of Elden Ring… then again, I could say that about the games FromSoftware has already released (you know I’m right). The announcement trailer gave us a small glimpse into the world that Miyazaki and G.R.R.M. created with a gloomy voiceover saying:

"I doubt you could even imagine it. That which commanded the skies, giving life its fullest brilliance. The Elden Ring. Shattered, by someone or something. Don't tell me you don't see it. Look up at the sky. It burns."

G.R.R.M. constructed the mythos of Elden Ring for Miyazaki, and the entire FromSoftware team is taking that mythos and running with it into the deep dark places that you’d typically find Miyazaki’s work.

Something that’s unique to Elden Ring is that the entire game will exist in an open world. Previously, games like Dark Souls, Bloodborne and Sekiro featured open areas that you can freely explore, but there was never a sense of openness in the way that Miyazaki is currently promising.

“It is without a doubt our biggest title yet in terms of sheer volume,” Miyazaki said. “It is a world full of danger and threats, as well as many areas ripe for exploration. Among those areas, you will also find intricately designed, multi-layered castles and such.”

In an interview with IGN, Miyazaki said, "Creating a new type of game is a big challenge for us. If we would add towns on top of that, it would become a bit too much, so we decided to create an open-world style game focused on what we are best at.”

Apparently, it’s going to be big enough that you’ll be able to traverse the lands of Elden Ring on horseback.

We typically don’t cover the music section of a game, but this one is pretty special because veteran FromSoftware composer Yuka Kitamura is coming back for Elden Ring. She previously worked on Dark Souls 3 and Sekiro, so if you’re a fan, you know it’s going to be good.

Kitamura confirmed this via Twitter when a fan asked if she would be working on Elden Ring’s soundtrack.

Elden Ring doesn’t even have a store page on Steam or any other launcher, let alone any minimum or recommended PC requirements. However, we could glean just what kind of hardware you might need by looking at Dark Souls 3 and Sekiro.

From these specs, we imagine that getting your PC to run Elden Ring on lower settings won’t require god-like components. However, since this is an open-world game, there will be a lot more assets rendered on-screen all at once, so keep that in mind.

Asus ROG Zephyrus G14
Laptops Direct
£1,069.97
View
We check over 130 million products every day for the best prices
View All Deals
Be In the Know