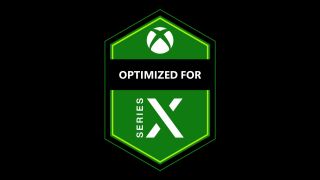 Microsoft figured the best time to tweet some news was in the dead of night, revealing that all of the games we'll see at the Xbox Series X games event will feature an 'Optimized for Xbox Series X' badge.

This could mean anything, from games being at 4K, 60 frames per second to them running at 1080p, 120 fps. However, Aaron Greenberg tweeted that the Xbox Series X Optimized badge means that the game in question goes "way beyond just 4K."

What does 'Optimized for Xbox Series X' mean?

This badge is like next gen magic. The bar is high for a game to be Xbox Series X Optimized. Way beyond just 4K...hope you all are ready for an exciting future of console gaming! 🙅🏼‍♂️🔥💪🏻 https://t.co/6nvVseGMVSMay 7, 2020

Apart from upping the frames and resolution, we have to assume that some of the graphical settings are, at the very least, going to be turned up. We saw something very similar in the Gears 5 technical breakdown from Digital Foundry.

As it turned out, the Xbox Series X version of Gears 5 looked remarkably similar to the PC version with all of the settings maxed out, which means that the reflections were more realistic, the draw distance was further and the overall textures were sharper.

This is going to make games look so much better than before, but I worry that ramping up the graphics might cause the frames to drop or the resolution to decrease. Regardless of the resolution, gaming shouldn't be experienced below 60 fps on the next generation of consoles -- I simply refuse.

We're excited for today's event at 11 am ET, so be sure to tune in to our Xbox Series X games event hub page, which we will continuously update throughout the event.