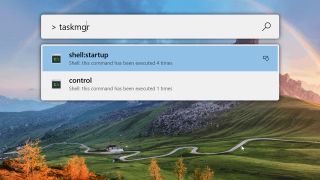 Among the announcements at Microsoft's online Build 2020 conference was the introduction of a new launcher app for Windows 10, which bears a striking resemblance to the Spotlight launcher on macOS.

The curiously named PowerToys Run launcher will, at first, offer the same basic functionality as the current Run launcher. However, as with the new Fluid Framework, Microsoft is turning to the open-source community to bring vastly more to PowerToys Run in the future (via CNN).

PowerToys Run won't arrive on your Windows 10 PC via an update at the moment, so if you want to try it out, you'll need to download it from Microsoft's GitHub page. To install it, you will need to be running Windows 10 1803 or later and have .NET Core 3.1 Desktop Runtime; The latter will install automatically if you don't already have it.

Along with PowerToys Run, the project also includes Keyboard Manager, which lets you do keyboard remapping for individual keys or Windows shortcuts.

Once you've downloaded the .msi file, double click it and follow the installation instructions. Once installed, click on the PowerToys icon in your System Tray then make sure that PowerToys Run is enabled in the settings menu.

How to use PowerToys Run

Once PowerToys Run is installed, you can bring it up by pressing Alt and Spacebar simultaneously. It's easy to change this key combination in the PowerToys Run settings menu if you prefer something else.

Now, simply enter the name of the file, app, or Windows system function you would like to use and PowerToys Run will display the results (by default it displays four results, but again, settings lets you expand this) and then click on the item you were searching for to launch or access it.

If you are looking to do a quick calculation, PowerToys Run will also handle basic math equations.

For now, it doesn't extend much beyond the functionality of the standard Run command, however, Microsoft is planning to bring custom extensions and third-party support to PowerToys Run that should ultimately turn it into an indispensable tool for Windows users.