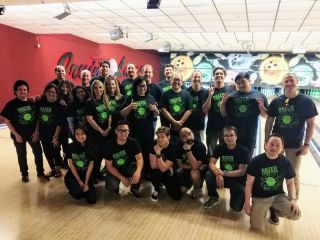 I’ve worked on Tech Support Showdown for almost a decade and I never thought I would see this day. But it finally happened, Apple has been dethroned and the new king is a relative newcomer to the Showdown. Razer, last year’s most improved contender, has surpassed Apple as the brand delivering the best tech support to laptop consumers.

But just how did Razer pull off this upset? It’s a story two years in the making. Back in 2018, the company was off to a good start during TSS testing, getting all its social media and online inquiries correct. However, Razer took a faceplant during the phone component.

Due to a call center change up, every time I called, I was put on a hold for 30 minutes before the call was inadvertently disconnected. I also wasn’t too pleased with the lack of a dedicated Facebook page and the relatively short window to reach an actual human.

The story so far

Razer began its redemption story during the 2019 TSS where the company unveiled expanded social media presence and extended live chat. Phone support hours were extended by an hour for 7 days a week. And this time, when I rang the customer service number, not only did someone pick up, they answered two out of three questions correctly.

Which brings us to 2020. This year, Razer has all its ducks in a row, answering each and every question correctly whether I contacted them via social media, website or phone. Heck, even the email response yielded a correct answer. But where Razer impressed is the company’s redesigned live chat, which makes getting a hold of a rep a faster experience. And I really like that Razer posts real-time wait times for phone calls.

I had a chance to speak with Patricia Liu, Razer’s Chief of Staff, and Ernest Lu, Vice President of Advocacy, to delve even deeper into Razer’s winning strategy.

First things first, don’t call them customers. Razer likes to refer to the people that purchase their products as fans, not customers. That line of thinking also informs the tech support and is one of the reasons Razer’s online presence is so strong.

“[W]e're actually thinking of ourselves as running a fan club. How can we cater the best to our fans?” Lu said. “We want...the fans to have a different experience on their engagement and experiences interacting with us. And that's one of the primary reasons we're pushing for different technology, a different look and feel different customer experience and journey throughout every point of contact.”

That consumer-as-fan mindset also extends to the actual tech support representatives. Instead of hiring random people to man the call center boards and social media accounts, Razer employs said Razer fans. The enthusiasm and knowledge the fans bring  to the job make them easy to train, as they’re already speaking the same language as the gamers calling in for assist –– everyone wants to game hard and game well.

Razer’s made great strides over the years, but change doesn’t come without challenges. For Lu, the biggest challenge comes with identifying what the fans want.

“I think the biggest challenge is how do we really cater to our fans and give them what they really need, what they really want, instead of, you know, trying to boil the entire ocean, because we have so many things that we can do for our fans,” Lu said. “ It’s determining how we pick from the list...and combine them to really build the right experience that our fans will say, ‘Yep, that's exactly what I have in mind when I contact Razer.’”

Tech support in a time of COVID

Despite the ongoing global crisis of COVID-19, Razer still has managed to man the phones and social media accounts. Lui says that approximately 90% of the staff are currently working from home. However, Razer’s been allowing its tech support team to work from home prior to COVID.

“[W]e actually had 80% [in Europe] of our agents which are actually remote agents so they are not in the physical call center,” Liu stated. “So that actually worked to our favor...because we were ready for this whole situation.”

So now that Razer is at the top of the mountain, what’s next? Both Lu and Liu were fairly tight-lipped, but I managed to learn that the company is exploring improving its search functionality in its forums. Razer’s also looking into creating videos for those visual learners among us. I also got some insight into the potential for 24/7 support.

“It depends on the demand,” Liu said. “[W]e know, for example, the majority of our fans and customers prefer to text versus talking to us on the phone. So it depends on the demand and how they actually want to be supported 24/7... Is it a peer-to-peer kind of support, or it is a call? But that is something that we are certainly looking at.”

Over the course of three years, Razer has worked hard to recover from an embarrassing flub. The company put its shoulder to the wheel and became our most improved brand before pulling off the upset of the year by defeating Apple for the top spot. In my humble opinion, the sky’s the limit for Razer.