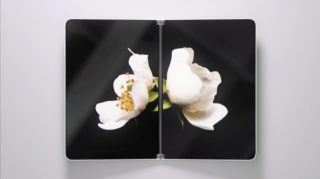 Earlier this month, we reported that the release date for the Surface Duo is fast approaching as Microsoft administered Google's Android compatibility test on the smartphone/tablet hybrid. Now, the Surface Duo reportedly took a new step that substantiates our suspicions that the phablet's launch is imminent.

Droid-Life may have spotted the Microsoft Surface Duo on the FCC website, which hints that the product is almost ready to hit store shelves.

The device that hawk-eyed sleuths discovered on the FCC website is not called the Microsoft Surface Duo. It's officially labeled as "Microsoft phablet device" instead. But all signs point to this being the highly anticipated tablet/smartphone hybrid. The FCC mentions that it investigated "both screens" of the device, plus its capability to fold, close and open at varying degrees.

"Since this device isn’t a computer or laptop or notebook and is instead a 'phablet' that has two screens, opens and closes, folds at varying angles, has cellular connectivity and NFC, what else could it be?" Droid-Life wrote.

Windows Central concurred. Citing insider sources, Windows Central says that the Microsoft Surface Duo is at the very tail end of its testing phase and could possibly become available in late August or early September.

To stay abreast on all the latest Microsoft Surface Duo news, check out our oft-updated rumor hub here.