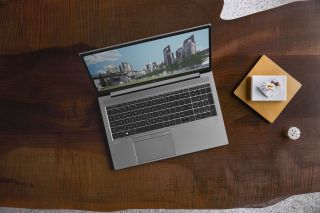 This thin-and-light workstation is one of HP's new legion of laptops that are poised to hit store shelves this summer. One of the Firefly's most alluring perks is that it's equipped with ZCentral Remote Boost -- a revolutionary software that will appeal to remote workers.

With the zBook Firefly, HP took its time to craft a laptop that can adapt to the needs of many remote workers at a time when many workplaces are transitioning into home offices. ZCentral Remote Boost is optimized to support greater interconnectedness between displaced teams.

What is ZCentral Remote Boost?

According to Christian Jones, Z Strategy and Planning Lead at HP, "it's a remote desktop application on steroids that essentially lets you take all the power and perforance of a high-powered Z computer, but access it from any other device whether it's a Mac or PC at any other location."

In other words, connecting and collaborating with your teammates will be a breeze with ZCentral's remote-access features and screen-sharing capabilities.

ZCentral Remote Boost will especially appeal to content creators because with this software, professionals such as video editors and graphic designers can tackle their most demanding, graphics-intensive projects from anywhere.

So far, we know that that the HP zBook Firefly is equipped with a six-core, Intel Core i7 CPU and an Nvidia Quadro P520 GPU with 4GB of VRAM.

With this powerful CPU, HP boasts about the Firefly's ability to work on multiple apps simultaneously without breaking a sweat while the top-notch graphics card adds a boost to industry-level, work-intensive professional software.

The zBook Firefly -- like a true lightening bug -- radiates brilliance with its 500 nits display.

According to HP, with HPSureView, the brightness score can skyrocket to 1000 nits. The display also features high contrast and VESA DisplayHDR 400, which, in part, helps to make the screen more color accurate and vivid.

The zBook Firefly is well-stocked on ports with two USB 3.1 Gen 1 ports, two Thunderbolt 3 ports, an HDMI port, an audio jack, a 4.5mm AC port and a SIM slot.

Using the MobileMark 14 benchmark, HP claims that the zBook Firefly can offer a battery runtime of 17 hours.

But of course, at Laptop Mag, we have our own test that is a better representation of real-world battery life usage. Should we get our hands on the zBook Firefly, we can't wait to test how long the Firefly can last.

The HP zBook Firefly, equipped with powerful software to promote better communication and collaboration between remote workers, is an appealing, thin-and-light workstation that will be a big draw for work-from-home professionals.

The Firefly will be available in June, and we can't wait to take this HP workstation for a spin and test its greatness.