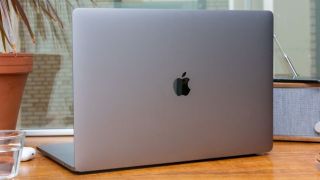 Macs have a reputation of being more secure than Windows 10 PCs, but a new report from the folks who make the popular Malwarebytes antivirus software suggests Apple devices are a growing target for attacks.

Security research firm Malwarebytes Labs looked at the top 25 threat detections across Windows, Mac and Android. They determined that six were on Mac, and that the total number of threats on Mac accounted for about 16% of the total.

That doesn't seem like a significant figure until you consider how small the Mac user base is as compared to Windows and Android. As Malwarebytes points out, there are about one-twelfth as many Macs as Windows devices among machines running Malwarebytes software.

The most troubling figure in Malwarebytes Labs' report is how many threats were detected per device: 9.8 per Mac device against just 4.2 per Windows machine. That's about double as many threats against the average Apple device.

But Mac users shouldn't panic just yet. As Malwarebytes Labs explains, these threats were found on machines with Malwarebytes for Mac antivirus software installed, which means they likely came from users who suspected their Mac was infected or at-risk to begin with.

Malwarebytes went on to explain that the situation for Mac users isn't as dire as it might look.

“The overall threat detection rate for all Macs (and not just those with Malwarebytes installed) is likely not as high as this data sample,” the Malwarebytes blog post says.

Another consideration is that the threats plaguing Macs aren't as serious as those going after other systems. While Mac malware landed in second and fifth for more-detected threats, those two specific low-risk attacks were adware and PUPs (potentially unwanted programs).

"Traditional, 'full' malware does exist for the Mac, of course, but it tends to be more targeted or otherwise limited in scope," Malwarebytes clarifies.

Malwarebytes concludes by echoing our own advice for any laptop users: to "stay alert, use antivirus software, and don't allow yourself to be lulled into a false sense of security."