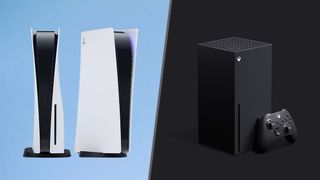 The console wars have begun, so it's once again time to debate which is the best gaming platform. This time around, however, there are trends in the gaming space that could spell the end of traditional console generations as we know it.

Sony and Microsoft entered the previous generation on fairly equal footing with the Xbox 360 and PlayStation 3 selling 84 and 87.4 million units worldwide, respectively. The same cannot be said for this current console generation. Sony is the clear winner with lifetime sales of the PS4 at approximately 110 million units while the Xbox One sits at an estimated 50 million.

The success of these two players during this console generation has governed the long-term decisions they’ve made. Since Sony has grown so much larger than its competitors over this generation, it has centered its decisions around protecting that status. Microsoft, rebounding from its frankly disastrous Xbox One launch, has realized that closing the gap may be too difficult and has now recentered around becoming a platform. It’s setting up for a war that will be fought with vastly different strategies.

Microsoft’s missteps launching the Xbox One have been well documented. A focus on non-gaming entertainment, a lack of quality games, hostile privacy measures, and a price tag higher than the PS4 put the system at a severe disadvantage. At one point, the head of Xbox infamously told users if they did not like the always-online requirement of the Xbox One, they should stick with the Xbox 360. All of this only helped to launch the PS4 into the lead.

Sony, on the other hand, came out of the gate by hitting Xbox hard. It made jokes about how the Xbox One would not support used games while also announcing popular exclusives, such as Uncharted 4. Sony’s focus on high-profile first-party games earned favor during a time when many games publishers were abandoning quality standalone games for selling games-as-a-service.

Eventually, Microsoft started to take its losses in gaming more seriously. It replaced the head of Xbox, Don Mattrick, with the much-beloved Phil Spencer. Over the past few years, the Xbox has transformed into a gaming ecosystem. Microsoft has sought to address every problem that it faced during the Xbox One launch and then some. When it comes to game selection, Microsoft has brought up several notable game studios, including Mojang, the developer of Minecraft. It also acquired Obsidian and InXile. In total, Microsoft now has a well-rounded team of 15 studios.

The next step in Xbox's repositioning was leveraging its in-house studios and third-party partnerships to offer a competitive game subscription service called Xbox Game Pass. Since its launch in 2017, Game Pass has been a resounding success with more than 10 million subscribers. Microsoft placed all its first-party titles, like Halo, into the service, with day-one access to future releases. Game Pass was also expanded to PC, which represents another pillar in Microsoft’s new strategy. In addition to Xbox Game Pass, you have Xbox Play Anywhere, which allows gamers to purchase a version of a game for both PC and Xbox.

The final nail in the coffin is cloud gaming. As movies and TV shows have gone the streaming route, gaming is starting to enter this arena in earnest. For Microsoft, this push is called Project xCloud. Due for a full public release later this year, xCloud is designed as a companion to Xbox Game Pass; the cloud streaming platform will be available across mobile devices and the PC. While cloud gaming is not a primetime service yet, investments are being made to push it to the forefront.

All of these decisions form a new future for Xbox, one where Xbox is merely a platform for which you access games, rather than a console. It’s a good look for both Microsoft’s bottom line and gamers. Microsoft has the opportunity to expand the Xbox brand beyond the console while gamers can access games on just about any device.

So why would Sony be prudent to copy some of this strategy? Because it may just be the future of gaming and could allow Sony to continue to grow. Sony has had great success during this generation, and it’s assumed that the momentum will continue into the next one. That’s good for now, but Sony should not expect the gaming industry to remain stagnant. Trends are changing and the things that have allowed Sony to be successful in the past will not work to its advantage. Microsoft has set itself up to remain successful no matter where the gaming industry goes. Sony would be wise to do the same.

Take Sony’s initial stance on crossplay, for example. Microsoft opened Minecraft to crossplay between the Xbox, Nintendo Switch, mobile devices, and the PC. The exclusion of the PS4 is not due to Microsoft keeping its biggest gaming IP away from its largest gaming competitor. Rather, Sony kept the walls up around the PlayStation, much to gamers’ chagrin. That dissatisfaction grew once a similar restriction was placed around the increasingly popular Fortnite. It’s a backward policy when crossplay and cross-progression are becoming increasingly expected by game developers.

When it comes to cloud gaming, the focus seems to be on Google, Microsoft, Nvidia and even Amazon. It’s a stunning turn of events since Sony’s been making public moves in the cloud gaming space since 2014 with its PlayStation Now service. The service began as the remnants of two former cloud gaming services, OnLive and Gaikai. And when PlayStation Now launched, Sony charged a higher fee for the service even though many users reported problems.

Since the service’s launch, Sony has worked to better integrate PlayStation Now into the PlayStation experience. The company lowered the price of PS Now to be more in-line with PlayStation Plus and allowed for some of the games to be downloaded onto a PS4 instead of only streaming. In addition, many high-profile PlayStation games are available on the service, albeit for a limited time. As we prepare for the next generation, Sony should commit to placing all its exclusive titles on PS Now. Sony has a lot of games people want to play, but confining everything to one console may not be the best strategy as gamers become more accustomed to accessing games irrespective of the device they’re using.

But Sony doesn’t and shouldn’t copy Microsoft completely. Xbox’s strategy is only one approach to the future of gaming. Some new entrants, such as Google, believe that an all-streaming service is best for the future. PlayStation can continue to be a hardware-centric brand, but it should be open to expanding access to its games across multiple platforms and services.