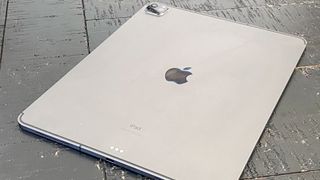 Apple adopted wireless charging beginning with the iPhone 8/iPhone X launch in the fall of 2017, but in 2019 competitors like Huawei and Samsung introduced reverse wireless charging, allowing you to use your device to wirelessly charge other devices.

According to a recent patent filing, Apple may be preparing to catch up and perhaps even surpass its rivals by applying reverse wireless charging across virtually its full lineup (via PhoneArena).

The standard grain of salt warnings apply here as with all patents, companies contemplate lots of ideas that never end up coming to light, but given Apple's propensity for tightly integrating its entire product lineup this does seem like a plausible move.

For the most part the patent in question, "Inductive charging between electronic devices" sounds very much like every other implementation of reverse wireless charging that we have seen to date with the basic description simply being, " wirelessly charging a first electronic device using a second electronic device."

Where it gets a bit more interesting is the scope of the implementation with the patent image depicting an iPad charging an iPhone.

In the text of the patent there is reference to using a smartphone, a tablet, a laptop, and even a desktop to charge devices like "a gaming device, a display, a digital music player, a wearable computing device or display, a health monitoring device...."

Now some of this is certainly just catchall language meant to make sure the patent isn't limiting, but it's easy to imagine using a MacBook to charge up your iPhone or your iPad to charge up your Apple Watch or AirPods.