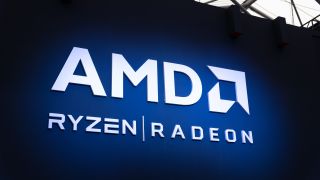 AMD is definitely having a moment right now with a clear edge on Intel CPUs in the current generation, not to mention its role in powering the PS5 and Xbox Series X consoles launching later this year.

So when AMD published new slides elaborating on the capabilities of the RDNA 2 graphics architecture in the aforementioned PS5 and Xbox Series X, along with some details regarding its future CPUs and GPUs, we had to dig into them (via TechRadar).

The GPU side doesn't get all the fun; AMD also had some revelations regarding its CPU architecture plans through 2022. To tackle the bad news first, Zen 3 is going to stick with a 7-nanometer process. I say disappointing because some had believed that AMD would be ready to move to 5nm already and thus widen its lead ahead of Intel.

The wait will be just a bit longer as AMD confirmed that Zen 4, due to arrive in 2022, will be 5nm. Given that Intel isn't projected to release 7nm CPUs until late 2021, the parity should be relatively short-lived if both companies stay on target.

Considering AMD's strong performance and plans for the next couple of years, in addition to rumors that Apple will be revealing a move to ARM-based chips for MacBooks at WWDC, it seems like it must be nervous times over at Intel.

AMD RDNA 2 and beyond

With the big PS5 event this week and plenty more coming for the Xbox Series X this summer, RDNA 2 is going to be in the spotlight plenty this year. It's at the core of both next-gen consoles and will also be in PC graphics cards soon.

For both laptop PC gamers and console gamers, this is a very relevant figure given the size and power constraints for these devices.

And speaking of size, while RDNA 2 is using a 7nm process like RDNA, AMD revealed that RDNA 3 will be coming by 2022 using an "Advanced Node." Unfortunately, AMD didn't elaborate on this point further, so we'll have to wait for more info to see if this indicates another process shrink.