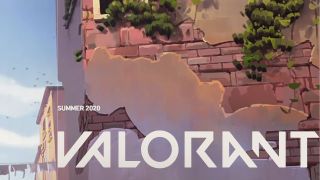 Valorant is a new 5v5 hero-based tactical shooter from League of Legends developer Riot Games, and it looks like a mash-up between CS:GO and Overwatch. That might sound like a combination for success, but some people don't seem very excited about it.

Riot officially announced Valorant with the launch of its own website alongside nearly 3 minutes of Alpha gameplay footage from an unscripted internal developer playtest.

Valorant is akin to CS:GO in terms of the map design, gun-play and the fact that you have a separate menu to purchase guns while you're in a match. It takes a couple of cues from Overwatch with its hero-based characters that offer unique abilities.

For example, there's a character with magical kunai knives that float around them, and another character is able to create a colorful smokescreen to hide their team from sight.

Modigga, a professional eSports player for Evil Geniuses commented on Valorant's trailer, saying "I see potential." However, other eSports players, like FoxA and Russel VanDulken did not share the same opinion. Both were convinced that Valorant doesn't look very good (in its current state), but they both said they'd still give it a try.

Despite that, Riot boasts Valorant as a game that'll let you "win on your skill and strategy alone." On the Valorant website, Riot writes:

"Here’s what we think it takes for you to trust a game enough to invest: 128-tick servers, at least 30 frames per second on most min-spec computers (even dating back a decade), 60 to 144 FPS on modern gaming rigs, a global spread of datacenters aimed at <35ms for players in major cities around the world, a netcode we’ve been obsessing over for years, and a commitment to anti-cheat from day one."

Obviously, this is all very important, but what will drive people to invest in Valorant, or any game, is a fun gameplay experience.

It's unclear if Valorant is going to be free to play like League of Legends, or if it'll be a one-time purchase, like Overwatch. Regardless, we're excited to see how Valorant turns out, so stay tuned for our impressions upon launch.