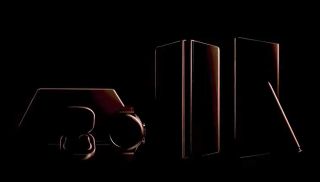 Samsung is set to take the digital stage at its Galaxy Unpacked event on August 5 to introduce five new devices. The digital-only event will be broadcast live from South Korea for the first time. Thanks to a silhouetted image from Samsung’s own teaser for the event, along with various rumors, we know those devices will probably be the Galaxy Tab S7, Galaxy Note 20, Galaxy Z Fold 2, Galaxy Buds Live and Galaxy Watch 3.

In a blog post, Samsung Electronics President and Head of Mobile Communications Business, TM Roh, dubbed the coming era as the “Next Normal” and expressed how pivotal mobile would be in enabling “new ways to communicate, new ways to work, and new ways to connect.”

The company may still have a few secrets to reveal regarding the “five new power devices,” as they called them, but months of leaks and rumors have left us with a pretty clear picture of what to expect from each of them.

Here’s how to watch Samsung Galaxy Unpacked 2020 and a close look at the devices we expect to see announced.

How to watch Samsung Galaxy Unpacked 2020

Samsung will be live streaming the event on August 5 starting at 10 a.m. Eastern (9 a.m. Central/ 7 a.m. Pacific) both on Samsung.com and the Samsung Newsroom.

It’s a bit surprising that Samsung won't offer a YouTube stream as Apple did for WWDC this year but at least you can tune in live to watch Samsung unleash a bounty of new devices.

Samsung’s flagship tablet is back again and looking more ready than ever to take the iPad Pro. While we have seen bits and pieces of information regarding the Galaxy Tab S7 for some time now, a recent leak published by WinFuture has filled in virtually all of the gaps and left us with an almost complete picture of this flagship Android tablet.

Based on this leak, the displays are one of the few differentiating factors between the two tablets. The Galaxy Tab S7 Plus will supposedly use an AMOLED panel like the Galaxy Tab S6 while the Galaxy Tab S7 opts for an LCD that will offer some additional brightness at 500 nits (versus 420 nits), but sacrifice the black levels and higher contrast ratio of its larger sibling.

Returning to shared features between the two, both displays will support a 120Hz refresh rate, which has been an area that Apple has dominated since its introduction of ProMotion with the iPad Pro (2017). This should deliver a much more responsive feel to the OS and apps (where supported).

The internal specs for the two tablets are expected to be mostly identical with a Qualcomm Snapdragon 865+ powering them both, an updated version of the processor found in Samsung's Galaxy S20 line that will deliver approximately 10% more CPU and GPU power. You should have the choice of either 6GB or 8GB of RAM according to another leak from earlier this month, while storage options will be either 128 or 256GB with a microSD slot offering additional storage.

Thanks to the inclusion of the Snapdragon 865+ chipset, both tablets should also include a 5G option for those who want high-speed connectivity away from home.

The design of the tablet is expected to be largely unchanged, with just a sleeker camera module and magnetic holder/charger for the S Pen. Both tablets will have dual 13MP and 5MP rear-facing cameras with a single 8MP front-facing camera. Biometric sensors will differ between the two with the Galaxy Tab S7 Plus opting for a more modern in-display reader while the Tab S7 will use a side-mounted reader.

While the S Pen doesn’t appear to be getting much of a design change, rumors have suggested improved functionality and new capabilities including the ability to act as a pointer and navigate and select items on the screen.

S Pen can now act as a Pointer. Select your color and select icons on the screen, navigate around. Also can highlight an area. #Note20 #GalaxyNote20Ultra ps.. Subscribe to my channel for more pic.twitter.com/ZNaxR4lEpoJuly 8, 2020

Both tablets will be running Android 10 at launch with support for Samsung’s DeX desktop interface.

The other S Pen friendly device expected to arrive on August 5 is the Galaxy Note 20. Just like last year, we are expecting two versions with a larger Galaxy Note 20 Ultra (following the naming convention of the Galaxy S20 Ultra) arriving as well.

Unlike the Galaxy Tab S7, there have been considerable image leaks for the Galaxy Note 20, including both renders and live photos that show a design that is largely similar to the Galaxy S20 with extremely minimal bezels and the Infinity-O display.

According to reliable leaker Ice universe, the Note 20 Ultra will feature a “more fine-tuned 120Hz refresh rate technology” than the Galaxy S20s, but the Galaxy Note 20 may be limited to a 60Hz refresh rate. The display may be using Samsung’s new low-temperature polycrystalline oxide (LTPO) technology that, according to a report from The Elec, could reduce power consumption by about 20%.

We expect to see the Samsung Galaxy Note 20 and Note 20 Ultra rely on either the Snapdragon 865 or the same Snapdragon 865+ that will be in the Galaxy Tab S7. Both options include support for 5G, which is to be expected for devices at this price point.

Storage is one spec that, according to a report from Sammobile back in February, could actually be less than what was found in the Galaxy Note 10. That report claims the Note 20 would start with 128GB rather than 256GB. The potential trade-off could be the use of Samsung’s eUFS 3.1 storage, which is expected to be three times faster than the current UFS 3.0 storage.

Pricing for the Galaxy Note 20 is likely to be slightly higher than the Galaxy 10 and Galaxy 10 Plus, which started at $949 and $1,099, respectively. Frequent leaker Ishan Agarwal claims that a base 4G model of the Galaxy Note 20 will be £999, moving up to £1,099 for the 5G variant. It’s unlikely that Samsung would simply follow a straight currency conversion, so if this is accurate, it would likely mean approximately $1,049 and $1,149 while the Galaxy Note 20 Ultra commands somewhere in the neighborhood of $1,349.

The other smartphone that is unmistakable in Samsung’s teaser image is the Galaxy Z Fold 2, which is borrowing from the smaller and more well-received Galaxy Z Flip’s naming apparently.

The internal display won’t see quite the same bump, going from 7.3 to 7.7 inches, however, it will be picking up the Infinity-O display of the Galaxy S20 line, which could make for a much more seamless look for the full unfolded display. That interior screen, according to Sammobile will also be adding the 120Hz refresh rate found in the other flagship offerings from Samsung, and possibly the ultra-thin glass display of the Z Flip rather than the more fragile screen found on the original Galaxy Fold.

Rumors suggest that the Galaxy Z Fold 2 will use the triple-lens from the Galaxy S20 Plus, which includes a 12MP main sensor, 64MP 3x optical zoom lens and 12MP ultra-wide lens. The aforementioned selfie-camera should be 10MP.

Given the chipset, we expect the Galaxy Z Fold 2 to support 5G just like the Galaxy S20 and Galaxy Note 20.

Battery life is one area that we haven’t seen many credible rumors about. One ETNews report suggested a 4,365 mAh battery, which would actually be slightly smaller than the Galaxy Fold, however, that seems unlikely given the larger screens and inclusion of 5G.

With the Galaxy Fold commanding the impressive $1,980 price at launch, rumors suggesting a slight drop in price for the Z Fold 2 are definitely welcome. Ross Young, the founder and CEO of Display Supply Chain Consultants has offered up the only reliable claims regarding the price: that it will fall somewhere between $1,780 and the same $1,980 as the original.

Samsung’s Galaxy Buds Plus wireless earbuds were a hit with our reviewer when they launched back in March, but the Galaxy Buds Live look like a potentially amazing upgrade.

Two recent leaks have given us fantastic renders of the earbuds and a nearly full breakdown of the specs.

The unique bean shape of the Galaxy Buds caught everyone’s attention from the moment it first leaked and, thanks to the renders, we can now see that it will sit in your ear using a small wing tip that creates a seal and delivers passive noise-cancellation. The earbuds will also include active noise-cancellation, something previous Galaxy Buds have lacked.

The 12mm drivers should yield a solid audio experience and with three mics in each earbud, you should come through loud and clear on calls or when using the always-on mic or Bixby Voice support.

Software controls will supposedly allow you to customize the audio experience with bass and treble boost along with some additional tools in the app like “Find my Earbuds” and in-app battery status for the earbuds and the wireless charging case.

Considering the feature set, in particular the inclusion of active noise-cancellation, the rumored retail price of $169 would be amazing as most comparable options are at least $200 or more, like the $249 Apple AirPods Pro.