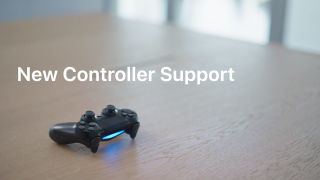 Apple is stepping out of its way to ensure that gaming on its devices is as smooth and seamless as possible. By improving support for controllers and keyboards, the company is making it better to game on iOS 14, iPadOS 14 and tvOS (via The Verge).

These changes include the ability to modify keybindings and button inputs, which would allow for far more personalized control schemes. You can even attach a keyboard and mouse to treat your device like a PC.

Support for rumble and haptic feedback is also coming later this year, which should be a solid extra step in increasing immersion for those engaged with the material they're consuming.

Apple will also be including support for Sony's DualShock 4, which will allow for the lightbar to change color when the developers want them to, and for the controller's touchpad to be fully usable and compatible with any titles that allow for it.

That's not the only controller to be excited about, as the Xbox Elite Controller will be getting support for all of its paddle buttons, full-use of its button remapping, and best of all, all of this can be changed on an app to app basis.

Full keyboard and mouse support for these operating systems is also exciting, as there hasn't been much you could do with them. Being unable to click multiple keys at one time and shoddy mouse support that feels rough and unsatisfying to move and click with can be frustrating.

Apple is putting a clear effort to make gaming on the iOS 14, iPadOS 14 and tvOS a more seamless experience. To advance this even further, the company is including a new gaming interface overhaul with something they call "Game Center." This is meant to be a way for players to experience certain things you'd expect from the industry, including achievements, multiplayer functionality with a seamless friends list and leaderboards.