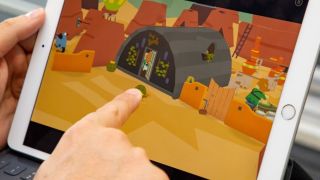 Apple has a bit of a theme going with many of its releases this year; the more affordable products are getting updates and next up on that list could be a 23-inch iMac along with an 11-inch iPad Air.

According to The China Times report citing supply chain sources, these two products are slated to arrive sometime in the second half of 2020 (via Apple Insider).

While the new iPad Pro is an excellent tablet, its price puts it out of consideration for many. Fortunately, we were impressed with the new and much more affordable iPad Air that Apple released last year.

The report specifies a lower-end 11-inch iPad Air to replace the current 10.5-inch model. This seems a natural move to consolidate the screen sizes and match up with the smaller iPad Pro. Despite previous rumors suggesting the iPad Air could feature a miniLED display, that seems unlikely now given the reports of the iPad Pro with miniLED being delayed until next year.

Unfortunately, that's all the information we have at the moment. The question of whether the new iPad Air will pick up the A13 Bionic CPU like the newly-released iPhone SE is perhaps the most pressing question.

The other "budget" offering on Apple's list for later this year is a refreshed iMac with a 23-inch option slotting into the current 21.5-inch iMac's place.

As the origin of these reports is in the display supply chain, this is the extent of what is available at the moment. Again, it isn't surprising to see Apple moving screen sizes for its desktop up, after all, the iMac used to have a 24-inch option.