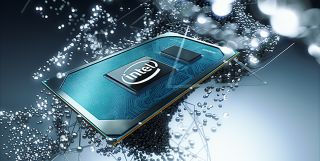 After years of dominance, Intel has seen AMD strike hard this year with its Ryzen 4000-series CPUs, which surpass its rival on a number of metrics. Intel’s first chance to answer back will be with its Tiger Lake CPUs.

Tiger Lake will be the introduction of Intel’s 11th Gen processors using an enhanced version of the 10-nanometer process that debuted with Ice Lake in 2019. Early results have shown significant graphics performance improvements thanks to the new integrated Intel Xe graphics. Whether Intel manages to surpass AMD in overall performance with this update is still very much in question.

We’ve taken a careful look at all of the rumors, benchmarks, and announcements regarding Intel’s Tiger Lake CPUs to bring you all the information on the expected release date, specs, performance and more.

Intel gave us a first look at Tiger Lake at CES 2020, but didn’t offer much in terms of a timeline for the chips other than sometime later this year.

Thankfully, we got further clarification courtesy of a Lenovo roadmap leak in May. That report indicated that the company will ship laptops with Tiger Lake and Lakefield CPUs in either September or October of this year. We expect the Tiger Lake laptops to include the ThinkPad X1 Titanium, ThinkPad X1 Nano and ThinkPad X12.

Naturally, Lenovo will not be alone as there should be plenty more Tiger Lake laptops coming at the end of Q3 or early Q4.

Tiger Lake is built on Intel’s 10nm+ node, the direct follow up to last year’s Ice Lake CPUs and based on the newer Willow Cove cores. At the moment, we are only aware of mobile-focused Tiger Lake CPUs, although its desktop counterpart is rumored to be codenamed Alder Lake.

Intel hasn’t provided any guidance on clock speeds or other official specs just yet, but we have seen some leaked benchmarks that offer a glimpse into what we can expect from both the U-Series and less powerful Y-Series versions of Tiger Lake.

Around that same time, another leaker @Tum_APISAK, posted a benchmark for a Tiger Lake Y processor with two cores and four threads clocked at 1.2GHz.

As we enter Q3 2020,  we will likely start to see more benchmarks leak. And with Computex now officially canceled, it’s possible Intel will move to some kind of standalone presentation or virtual event of its own to detail what’s coming for the rest of 2020 and beyond.

We have seen a handful of Tiger Lake CPU benchmarks leak so far and while we are still months away from these CPUs officially launching in laptops, the results haven’t been terribly encouraging.

In the aforementioned April leak, the Tiger Lake U-Series CPU score from a 3DMark Time Spy test was 2,922, which is actually below that of the equivalent Ice Lake CPU.

A more recent leak pitted the same Tiger Lake Intel Corei7-1165-G7 processor against an AMD Ryzen 7 4800U and the results, at least strictly based on CPU performance, were less than stellar for Intel. The physics test results were 8,020 for Intel and 12,494 for AMD, while graphics performance did tip in favor of Intel, at 6,217 versus AMD’s 6,104. The net result put AMD ahead by a reasonable margin with a total score of 6,331 to 6,211.

It’s almost a given that Intel is still making adjustments to optimize Tiger Lake. Those early April results should be dismissed as there is no chance Tiger Lake will perform worse than Ice Lake when it is released. But for now, it is not shaping up to be the significant leap forward that some may have hoped.

Probably the biggest news with Tiger Lake is the introduction of Intel Xe graphics. This is an integrated solution that is allegedly coming soon, but Intel has indicated that they are twice as powerful as the integrated Iris Plus graphics in Ice Lake.

Leaked benchmarks have supported this claim. 3DMark Fire Strike results obtained by Notebookcheck show results ranging from a Core i3 Tiger Lake processor offering a 20% graphics performance boost over a Core i7 Ice Lake processor all the way up to a 15W Core i5 Tiger Lake CPU that came just shy of a 100% graphics jump over its Ice Lake equivalent.

Most recently Intel's chief performance strategist, Ryan Shrout, gave gamers a taste of what to expect from Tiger Lake by showing off Battlefield V running at 30fps on a prototype system at 1080p with the graphics settings on high.

Perks of the job! Took a prototype Tiger Lake system for a spin on Battlefield V to stretch its legs. Impressive thin and light gaming perf with Xe graphics! Early drivers/sw, but it’s the first time I’ve seen this game run like this on integrated gfx. More later this year! pic.twitter.com/f1Qlz2jMyBJune 17, 2020

This kind of improvement in graphics performance from an integrated solution could have a profound impact on the hardware needs of some categories of users. It’s possible this gets real-world performance close enough to a dedicated GPU that those with more casual gaming or content production needs could rely on a Tiger Lake CPU with integrated Xe graphics.

While security may not be the feature at the top of your mind when you are considering the CPU in your new laptop, it’s something you will appreciate once you have it. Intel has announced that it is bringing an added level of security to its CPUs starting with Tiger Lake, in the form of Intel Control-Flow Enforcement Technology (Intel CET).

This is a hardware-based solution for control-flow hijacking, something that software developers have struggled with in recent years and a common component to the majority of malware attacks in 2019.