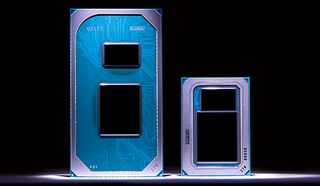 While we have already seen leaks of Intel’s 11-Gen Tiger Lake CPU, we won’t miss a chance to check out new results as they show up to see if the company has managed to fine-tune them as we get closer to an eventual launch later this year.

This most recent set of benchmarks leaked by Twitter user TUM_APISAK are also interesting because they are a direct 3D Mark 11 face off against the impressive AMD Ryzen 7 4800U (via Techradar).

The last time that we saw a full Tiger Lake benchmark leak the results weren’t great on the CPU side, while the new Intel Xe graphics did some heavy lifting to try to make up for that. We were hoping to see a little more movement on the CPU performance as that was almost two months ago now, but unfortunately, that does not seem to be the case.

The graphics score continues to impress, we had recently seen the results of the Intel Xe Gen12 vs. Iris Plus graphics and this leak supports that performance as well. Casual gamers that don't want to spend up for a dedicated GPU should be treated well by the new integrated graphics option.

For those that are still holding out hope for Tiger Lake to be more of a performance powerhouse than we have seen in leaks to date, these results even fell short of Ice Lake, which perhaps counterintuitively is a good sign as it suggests that Intel is not done honing this chipset just yet.

With Tiger Lake laptops expected to ship by year’s end we are sure to see more benchmark leaks in the coming weeks and perhaps next time we’ll see Tiger Lake closer to fighting form.