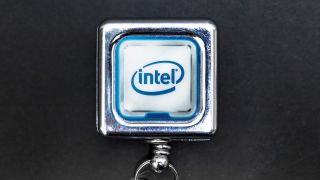 Leaked benchmarks from what appears to be forthcoming 11th generation Intel CPUs, known as Tiger Lake, have hit the web this week and given us a glimpse at what to expect next from Intel.

The benchmarks are specifically from an early engineering sample of the Intel Core i7-1185G7. The scores made the rounds courtesy of multiple Twitter users with a history of benchmark leaks (via TechRadar).

This is obviously still early days, and we don't expect to see Tiger Lake processors make an official appearance until late this year. Still, we can at least glean some idea of how Intel is going to hold up to the strong competition that has emerged from AMD while it continues to work toward the release of its 7-nanometer chips in 2021.

Tiger Lake is the follow-up to Ice Lake, which we first saw in August of last year. Notably, Tiger Lake will be using the new Willow Cove core architecture versus the Sunny Cove-based architecture of Ice Lake. This, in conjunction with Intel's Xe GPUs, is meant to give a boost to the processor and its graphics capabilities for the next generation.

The Intel Core i7-1185G7 sample showed four cores and eight threads clocked at 3GHz in a machine with 16GB of DDR4 RAM and a 128GB SSD and no discrete GPU.

As you can see in the 3DMark Time Spy CPU test results above, it managed a disappointing 2,922. On the graphics side, the Xe GPU did its job with a result of 1,296, which puts it about 5% ahead of the impressive AMD Ryzen 4800U.

It's important to remember for both results that if these benchmarks are genuine, they are very early samples. The CPU is also clocked at 3GHz, while higher-end options with faster boost speeds will exist when they come to the market.

In all, its a somewhat mixed first outing for Tiger Lake benchmarks, but we have quite a few months to go and there's sure to be more leaks as Intel continues to fend off AMD's efforts.