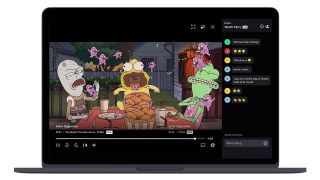 With no one going to the movies or to a friend's house to watch shows or movies together, streaming services are starting to step up to fill the void.

We've already seen options for watching Amazon Prime Video with your Twitch audience or Netflix with friends using Chrome, but today, Hulu and Plex are also getting in on the streaming watch party game (via TechHive).

Hulu's Watch Party is in beta at the moment with select subscribers having access to it, but presumably, a wider rollout is imminent. The feature is exclusively for customers who subscribe to the $12-a-month ad-free plan, and this applies to everyone joining the watch party.

This feature is only available currently using Hulu.com. There is no word on whether app support will be added when the feature rolls out globally. You can access the Watch Party feature by clicking on the details for a video and then sending the invite link to your friends.

Up to eight users can watch together and each user can pause the video independently when needed then use a "Click to Catch Up" button when they are ready to rejoin the group.

A user must be 18 or over to initiate a Watch Party, according to Hulu. This is one of the first major streaming platforms to directly integrate a watch party feature, so it will be interesting to see whether others follow suit.

Plex has also rolled out its Watch Together beta today, although it is a much wider beta than Hulu with support for the new feature available across iOS, tvOS, Android and Android TV, FireTV, Nvidia Shield, and Roku. Unfortunately, there is no support for viewing on the web yet, but that is coming at a future date along with additional platforms.

This first public beta doesn't integrate a chat (video, voice, or text) component, instead, Plex recommends using the service of your choice for that purpose. The app does allow you to pause the video simultaneously for everyone.

While it is in beta, this feature doesn't require a Plex Pass subscription and can be used on any free Plex on-demand movies or TV shows as well as anything that you have in your Plex library.

Plex is interested in feedback on both user experiences with the current functionality and what everyone would like to see going forward. You can chime in yourself in the Plex forums.